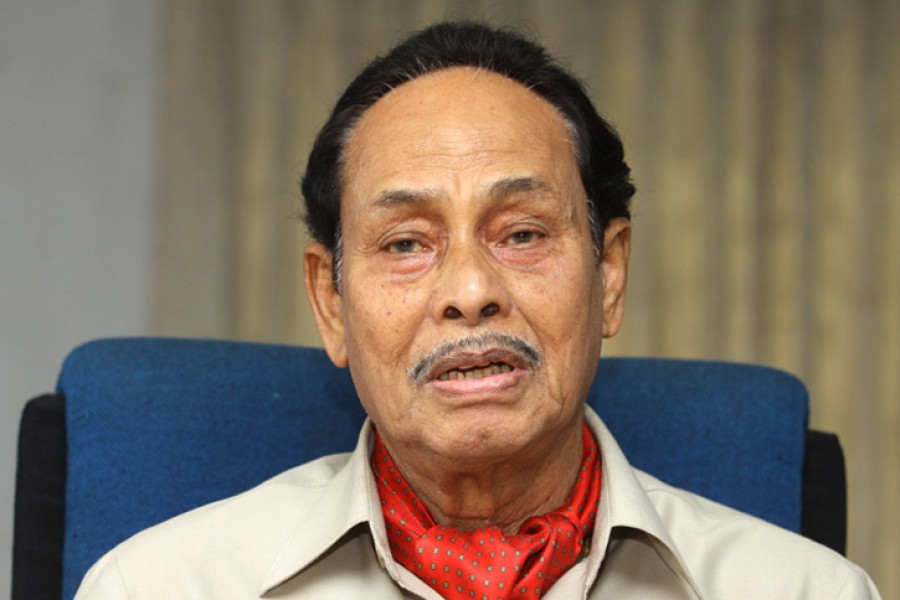 Jatiya Party Chairman HM Ershad has said it is wrong to fully abolish the quota system in government service.

However, it won't be right to do so. There should be a quota kept aside for freedom fighters," he said while addressing a worker rally of his party at Bangalipur in Sayedpur on Saturday.

Ershad, however, termed the existing freedom fighter quota irrational. "The ratio should be adjusted," he said.

Mentioning that he introduced quotas for all while in power, he said, "But now the government has reformed the quotas for its own interest."

The Jatiya Party chief also claimed that a job-seeker has to pay Tk 0.8-1.0 million now to get a job in police force. "Even it's not certain that you'll get the job after paying so much money."

He also took a swipe at the government for skyrocketing prices of daily essentials, saying the prices of every necessary goods have gone out of the reach of common people.

Ershad said his party will participate in the next general election individually fielding candidates in all the 300 constituencies. "We aren't in alliance anymore with others. Jatiya Party will solely take part in the general election,"

He claimed that the Awami League government has lost its popularity over different issues. "They're in a fragile condition while BNP has fallen apart. Their (BNP) central leader is now in jail and the party has no leader right now."