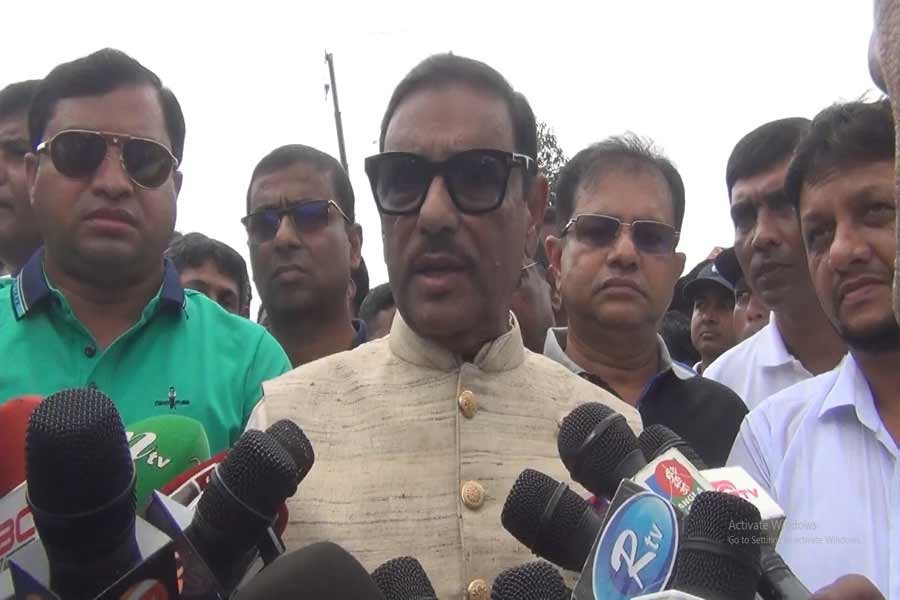 Road Transport and Bridges Minister Obaidul Quader on Friday welcomed BNP for its decision to take part in the Ranpur by-election saying it is a very positive move in politics, reports UNB.

“Hope, this election will be a competitive one, and the government will provide all necessary support so that it can be held in a free and fair manner,” he said.

Quader, also Awami League general secretary, came up with the remarks while talking to reporters after visiting a project in Tongi upazila in Gazipur on Tuesday morning.

The by-election to the Rangpur-3 seat, which fell vacant following the death of Jatiya Party Chairman HM Ershad, will be held on October 05.

On September 06, five people, including two women, collected  nomination forms of BNP to contest the by-election with its ticket.

About BNP’s criticism over government decision to collect toll from vehicles which ply highways, he said the renovation of roads is required for their maintenance and those who use the roads and highways have some responsibilities.

BNP did not construct flyovers, metro rail and so they do not have any idea about their maintenance, he said adding they give a blind eye despite knowing the practices in different countries of the world, he added.