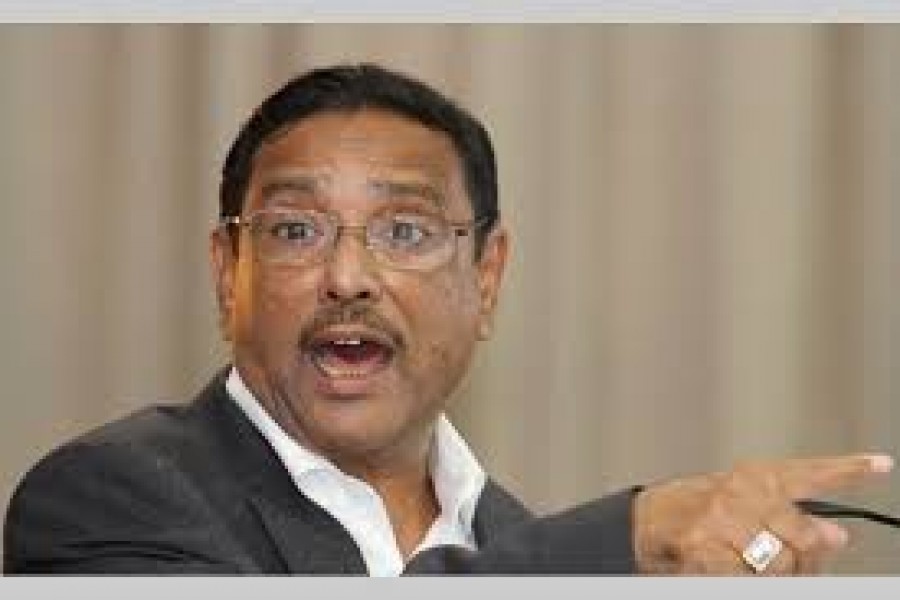 Awami League General Secretary Obaidul Quader on Friday said it has now been proved in the country's court after Canada that BNP is a terrorist party.

"It's been proved in the courts of Canada and Bangladesh that BNP is a terrorist party," he said.

Quader said this while talking to reporters at Naodoba toll plaza in Zanjira upazila during a visit to inspect the under-construction Padma Bridge, reports UNB.

Quader, also the Road Transport and Bridges Minister, made the remarks referring to the verdict in the August 21 grenade attack cases sentencing a number of BNP leaders, including acting Chairman Tarique Rahman.

Describing Tarique Rahman as the mastermind of the grenade attack, he said the BNP leader should have been awarded death penalty in the cases.

The AL leader also claimed that BNP Chairperson Khaleda Zia had been involved in the attack, saying she should have been brought under trial.

On Wednesday, a speedy trial tribunal sentenced 19 people to death, 19 others, including BNP acting Chairman Tarique Rahman, to life imprisonment and eight more to different terms of jail in two cases filed over the August 21 grenade attack on an Awami League rally in the capital in 2004.

In the observations of the verdict, Speedy Trial Tribunal-1 Judge Shahed Nuruddin said it is utterly unacceptable that attempts will be made to make the opposition leaderless by carrying out such an attack with the help of state machinery.

Earlier, the Canadian Federal Court described BNP as a terrorist organisation twice - first in February last and second in May - over a petition seeking political asylum by two of its activists.

Replying to a query about BNP's participation in the next national election, the ruling party leader said the party knows it better. "BNP talks one thing in the morning and another at noon and in the afternoon about the polls."

The minister said due to inclement weather, Prime Minister Sheikh Hasina will now visit Munshiganj, Shariatpur and Madaripur on Sunday instead of Saturday to inaugurate the 60 percent work completion of the Padma Bridge project.

About the progress of the work on the much-hyped bridge, he said five spans have already been installed at Zanjira end while 4-5 more will be installed at the Mawa end.