Qamrul describes BNP as a curse in politics 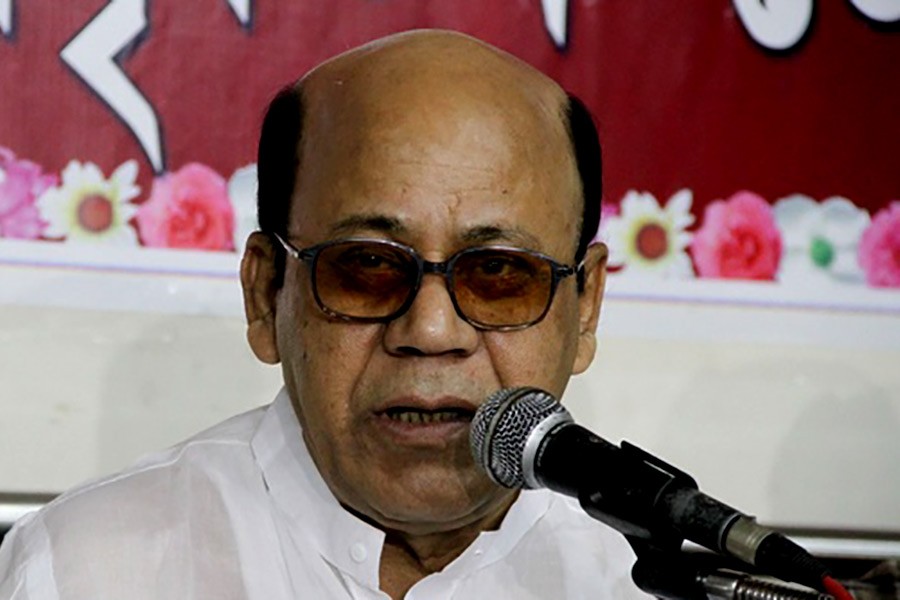 Describing the BNP as a curse in Bangladesh politics, Food Minister Qamrul Islam has said the party should be removed from the country.

The Awami League leader made the remark at a meeting marking the 119th birth anniversary of National Poet Kazi Nazrul Islam at National Press Club on Friday.

"They (BNP) patronise terrorism and turn the country into a safe haven for drug dealers when in power,” Qamrul commented.

The food minister said being the opposition, the party has exposed its stance in favour of the prevalence of drugs by questioning the drives to curb narcotics trade.

“They will spoil politics if not driven away,” he said, reports bdnews24.com.

He thanked the Election Commission for allowing law makers to campaign in city corporation elections, saying “it will create a level playing field”.

Chitta Ranjan Das, Adviser to the Bangabandhu Sangskritik Jote, presided over the meeting.