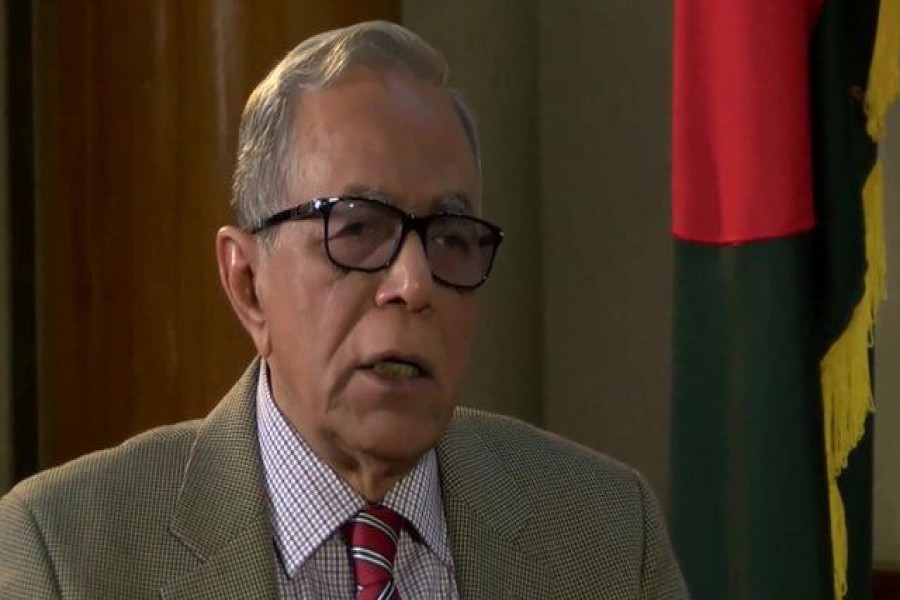 The President along with his wife Rashida Khanom and the Prime Minister cut a cake and released balloons on the occasion.

President Hamid exchanged greetings with members of National Cadet Core of India, Sri Lanka, Nepal and the Maldives, injured freedom fighters and the family members of Birsreshthas and other guests.

Earlier, President Abdul Hamid and Prime Minister Sheikh Hasina paid rich tributes to the martyrs of the Liberation War by placing wreaths at the National Mausoleum in Savar with the rise of the sun.