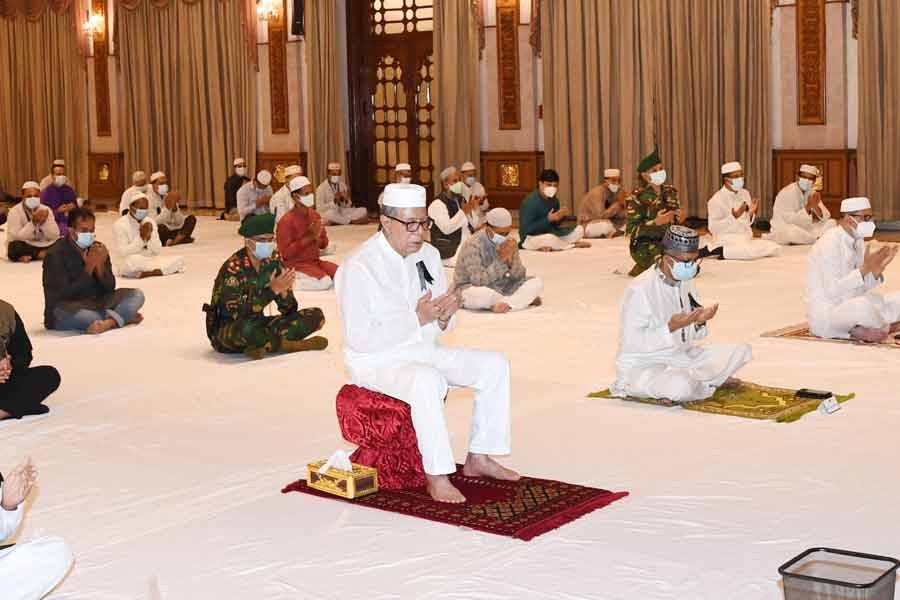 President Abdul Hamid on Saturday hosted a milad and doa mahfil at Darbar Hall of Bangabhaban marking the National Mourning Day and the 45th martyrdom anniversary of Father of the Nation Bangabandhu Sheikh Mujibur Rahman.

The milad was held after the Asr prayers, reports UNB.

A special munajat was also offered seeking eternal peace of the departed souls of Bangabandhu and other family members, who faced martyrdom on the fateful August 15 in 1975.

Family members of the President, secretary of the religious affairs ministry, secretaries concerned, civil and military officials and employees of the President palace attended the milad-mahfil and doa-munajat.