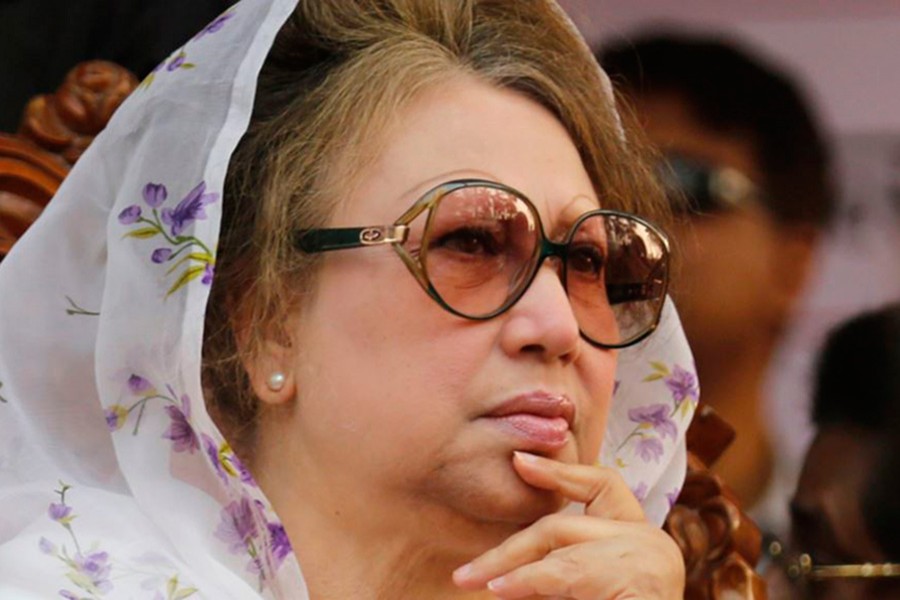 A Dhaka court has extended the bail for BNP Chairperson Khaleda Zia until June 28 in Zia Charitable Trust graft case.

Judge Md Akhteruzzaman of the Special Judge Court-5 passed the order and fixed the new date on Monday.

However, Khaleda, was not produced before the court as she is ill, said her lawyer Sanaullah Miah.

Earlier, on May 10, the court extended bail to Khaleda Zia until June 4 in the corruption case.

On April 22, the same court extended her bail until May 10 in the graft case.

The court on February 8 convicted the former prime minister and sentenced her to five years' imprisonment in the Zia Orphanage Trust graft case.

On August 8, 2011, the ACC filed the Zia Charitable Trust graft case with Tejgaon Police Station accusing four people, including Khaleda Zia, of abusing power in raising funds for the trust from unknown sources.