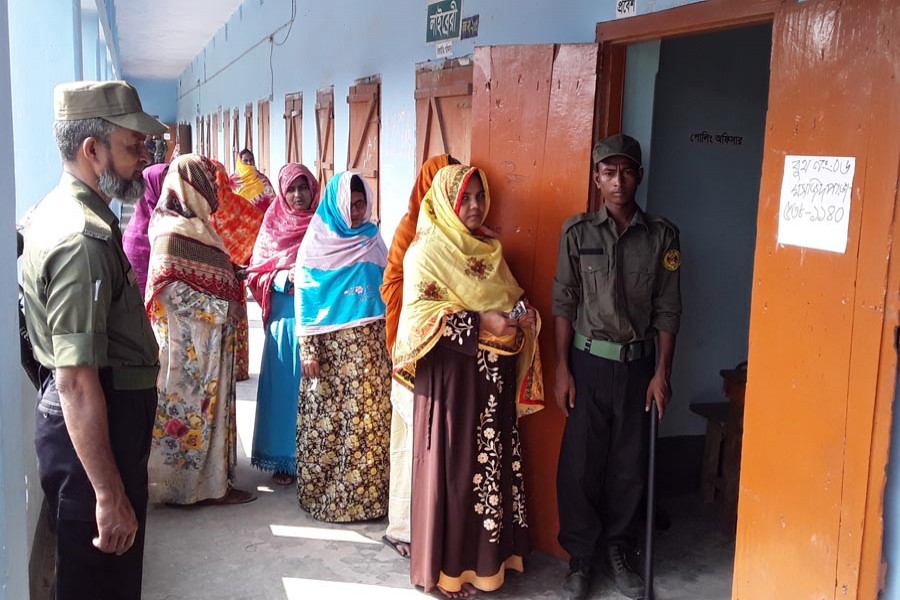 Balloting was underway in the Sadar Upazila Parishad election in Chapainawabganj district on Monday.

Three candidates are contesting for the chairman post. They are Najrul Islam of Awami League, Tasikul Islam of BNP and independent candidate Ziaur Rahman.

A total of 381,914 voters of one municipality and 14 unions of the upazila are casting votes at 157 voting centres, reports UNB.