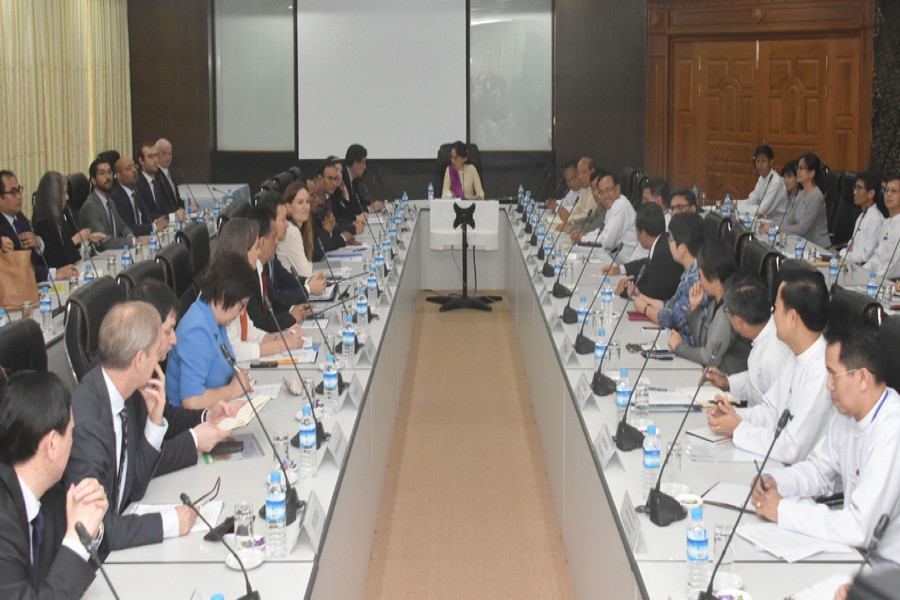 Myanmar's government leader Aung San Suu Kyi met with United Nations Security Council envoys on Monday over the plight of nearly 700,000 mainly Rohingya Muslims who fled to Bangladesh amid a military crackdown, pledging to investigate any credible accusations of abuse, said diplomats who attended the meeting.

"She has always said nobody is above the law and we intend to implement that. She told the Security Council members 'please bring to our notice any infringement of these laws and we will do whatever is necessary to take the action'," he told Reuters on Monday after the meeting.

Earlier this month, Suu Kyi - marking two years since her party swept to power in a historic vote - said in a televised speech that Myanmar was "struggling to develop politics, society and economy."

Suu Kyi's civilian government has no control over the military.

Rohingya insurgent attacks on security posts in Rakhine State in August last year sparked a military operation that Myanmar said was a legitimate response. Fleeing refugees have reported killings, rapes and arson on a large scale.

The Security Council envoys are due to travel to Rakhine on Tuesday.