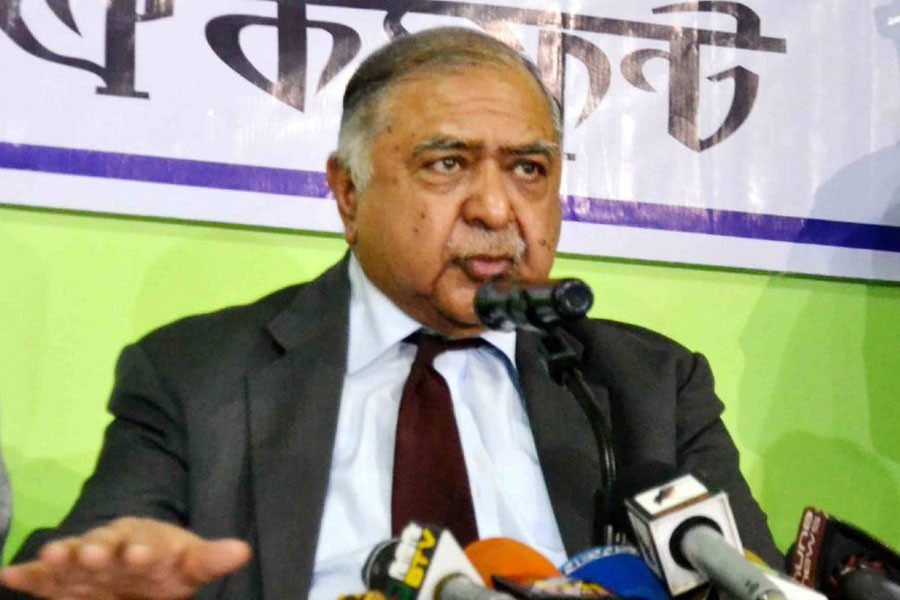 Jatiya Oikyafront convener Dr Kamal Hossain on Tuesday stressed the need for a united movement of people for the restoration of their rights and a democratic governing system.

“We've been on a movement and we must continue it uniting people to get rid of the current situation of the country and restore people’s rights,” he said.

Dr Kamal came up with the remarks while talking to reporters after paying homage to the Liberation War martyrs at Savar National Mausoleum, marking the 49th Independence Day, reports UNB.

As per the constitution, he said, people are the owners of all power and the state. “Those who deprived people of their ownership of the country they've committed an anti-constitutional and anti-liberation act. We’ll have to carry out a united movement so that no one can deprive us of our rights.”

As his attention was drawn to BNP’s allegation of restoration of one-party rule by the current government, Dr Kamal said people’s unity can resist autocracy.

He also said people’s unity is the of all power. “Those who want to deprive people of such power they create divisions among people. So, we all must wage a united movement to completely get rid of the current situation.”