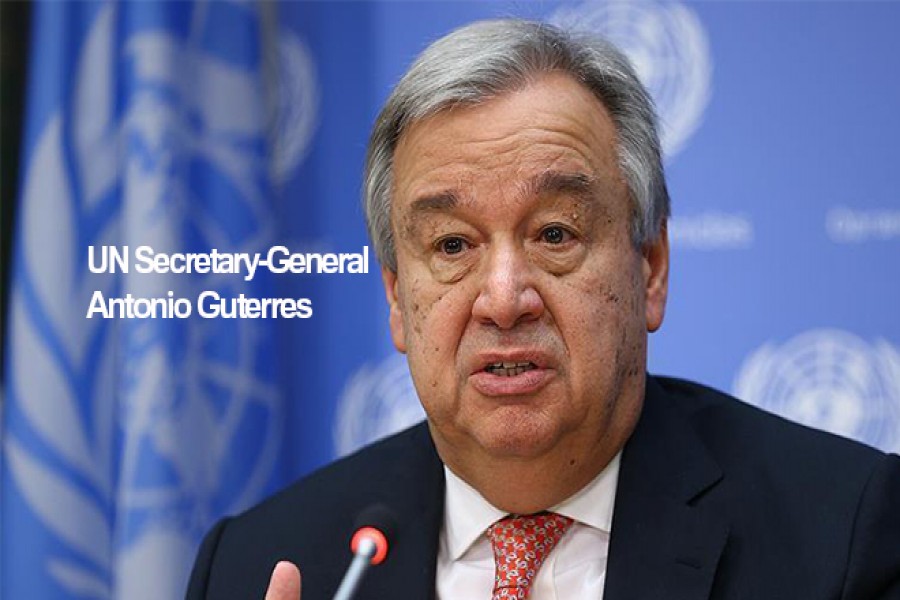 UN Secretary-General Antonio Guterres has warned of a looming humanitarian catastrophe in western Myanmar after the killing of nearly 400 people - mostly Rohingya Muslims - in the worst outbreak of violence in years, reports Al Jazeera. “The secretary-general is deeply concerned by the reports of excesses during the security operations conducted by Myanmar’s security forces in Rakhine State and urges restraint and calm to avoid a humanitarian catastrophe,” read a statement issued by his office on Friday. The violence has sent tens of thousands of Rohingya fleeing across the border into Bangladesh, while scores of desperate people have drowned trying to cross a border river in makeshift boats. Reports of massacres and the systematic torching of villages have raised fears that the violence in Rakhine is spinning out of control. Guterres said that it was the government’s responsibility to provide security and allow aid agencies to reach those in need. He also noted with appreciation the efforts of Bangladeshi authorities to meet the “dire needs” of those crossing the border. The UN Security Council met behind closed doors on Wednesday to discuss the violence, but there was no formal statement on the crisis. Meanwhile, Mevlut Cavusoglu, Turkey’s foreign minister, urged Bangladesh to open its doors for fleeing Rohingya, adding that Ankara would pay the expenses. “We also mobilised the Organisation of Islamic Cooperation,” he said in the Mediterranean province of Antalya, according to state-run Anadolu Agency. “We will hold a summit regarding Arakan [Rakhine state] this year. We need to find a decisive solution to this problem,” Cavusoglu added.