Those defeated have nothing to do: Quader 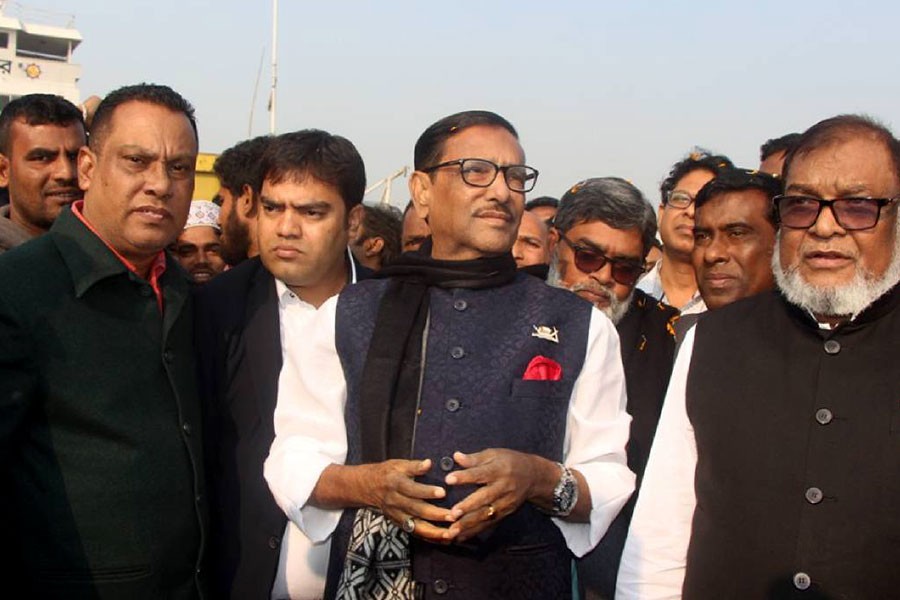 Road, Transport and Bridges Minister Obaidul Quader on Wednesday said nobody believes that those who faced defeat both in their movement and in election have anything new to do.

The minister came up with the remark while talking to reporters before starting his journey for Tungipara from Shimuliaghat in Munshiganj around 9:30 am, reports UNB.

Responding to a question about Oikyafront's programme demanding cancellation of the election, Quader said it is opposition party's programme, it is their personal matter.

"They can announce any programmme in a legal way centering the election. There's nothing to say. Action will be taken, if they carry out violence in the name of movement," Quader said.

Deputy commissioner of the district Saila Farzana and superintendent of police Mohammad Jayedul Alam were, among others, present at the ferry ghat.

Prime Minister Sheikh Hasina, accompanied by her cabinet colleagues and senior Awami League leaders, went to Tungipara on Wednesday and paid homage to Father of the Nation Bangabandhu Sheikh Mujibur Rahman marking the installation of her government for the third consecutive term.