Those behind Pilkhana carnage not identified yet: BNP 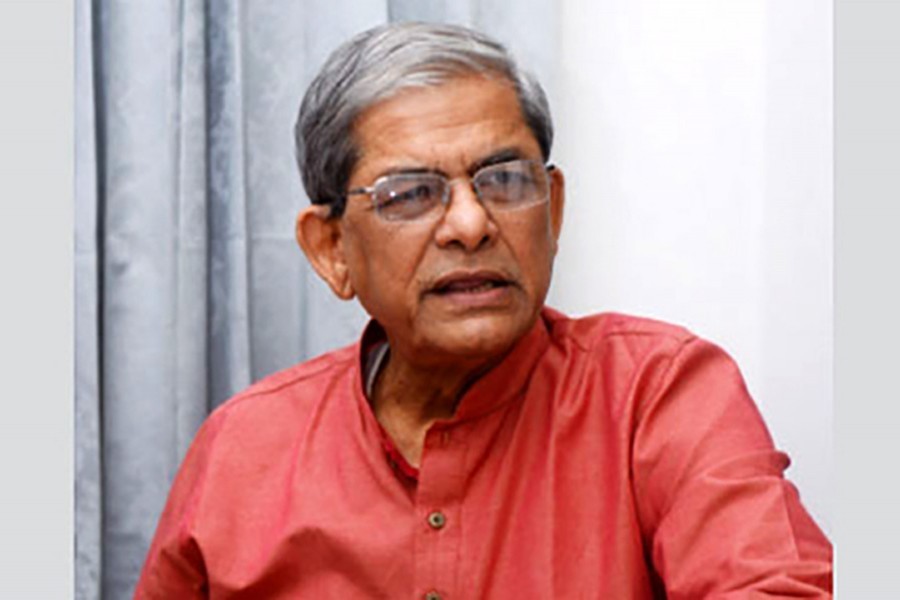 BNP on Monday alleged that those who were behind Pilkhana carnage have not yet been identified as people were kept in the dark on the investigation report of the mutiny.

"No complete report of any of the investigations into the BDR carnage has so far been made public, especially the report of army's investigation is not yet to be presented before the nation," said BNP secretary general Mirza Fakhrul Islam Alamgir.

He further said, "As a result, the nation could not yet know those who were behind this horrific incident and its planners and beneficiaries. These things were not unearthed."

The BNP secretary general made the remarks while talking to reporters after placing a wreath at the monument set up at Banani Graveyard in memory of those killed in the Pilkhana carnage, marking the 10th anniversary of the atrocious carnage at Pilkhana BDR Headquarters in the capital.

Like the family members of the victims, Fakhrul said, their party also thinks there had been no fair and proper investigation into the Pilkhana massacre, reports UNB.

He said February 25, 2009 is a stigmatised day for the nation as the country's independence and sovereignty came under an attack through the BDR carnage on that day.

"We believe army is the symbol of the country's independence and sovereignty. The main motive behind the incident was to weaken and demoralise them (army)," the BNP leader said.

He demanded the government announce February 25 as a national mourning day.

Fakhrul paid homage to the martyrs of the day and prayed for the eternal peace of their departed souls. 'We call upon the nation to take a vow on this day to protect the country's independence and sovereignty."

A BNP delegation, led by Fakhrul, came to the graveyard around 10:30pm and placed the wrath at the memorial monument.

They also offered fateha there followed by offering a munajat.