Tarique to be brought back by any means necessary, Hasina says 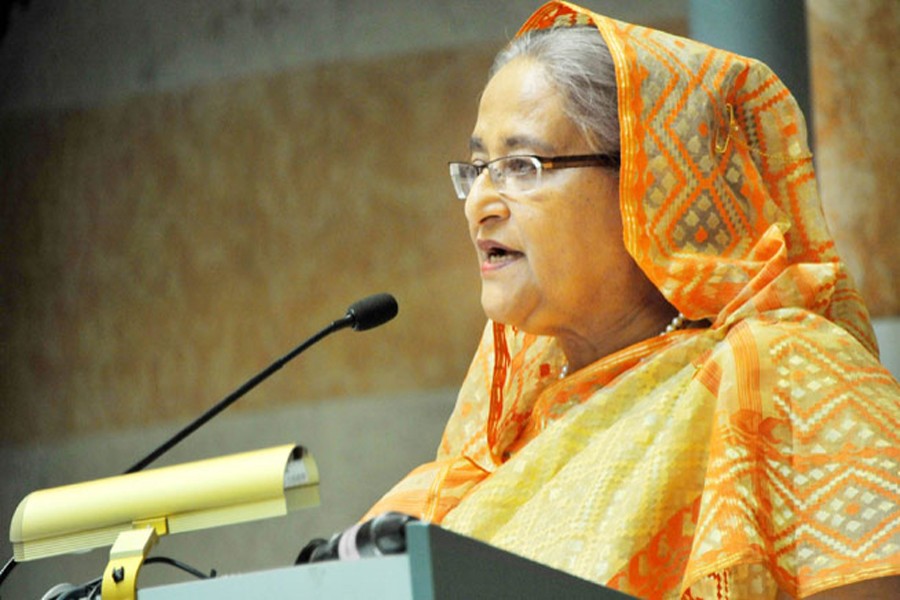 Prime Minister Sheikh Hasina on Saturday expressed her firm resolve to take back BNP acting chairperson Tarique Zia from London by any means and bring him under the ambit of law.

"We'll bring him back to the country by any means Inshallah, and put him under trial," she said.

The Prime Minister was speaking at a reception accorded to her marking the graduation of Bangladesh to a developing country from the least developed one.

Sheikh Hasina said she has already talked to the British government in this connection. "He is a convicted criminal, how he's staying here. So, return him quickly," she said.

The Prime Minister also mentioned that the government is continuing its process to bring him back.

Turning to the recent attack on Bangladesh High Commission in London where the attackers vandalised the portrait of Father of the Nation Bangabandhu Sheikh Mujibur Rahman, she said how they dare doing it!

Coming down heavily on the officials who were in the High Commission at that time for their reluctance when the culprits were vandalising it, the Prime Minister asked, "Why couldn't they take any step to do something against the vandalisation? This is my big question."

Hasina urged the expatriate Bangladeshis living in the UK to give a befitting reply to this heinous ransacking in the Bangladesh High Commission, reports UNB.

Branding Ziaur Rahman, Khaleda Zia and Tarique Rahman as killers, Hasina said the country has to be saved from these killers.

She also mentioned that Tarique is planning and conducting his terrorist acts living in London as he did in Bangladesh.