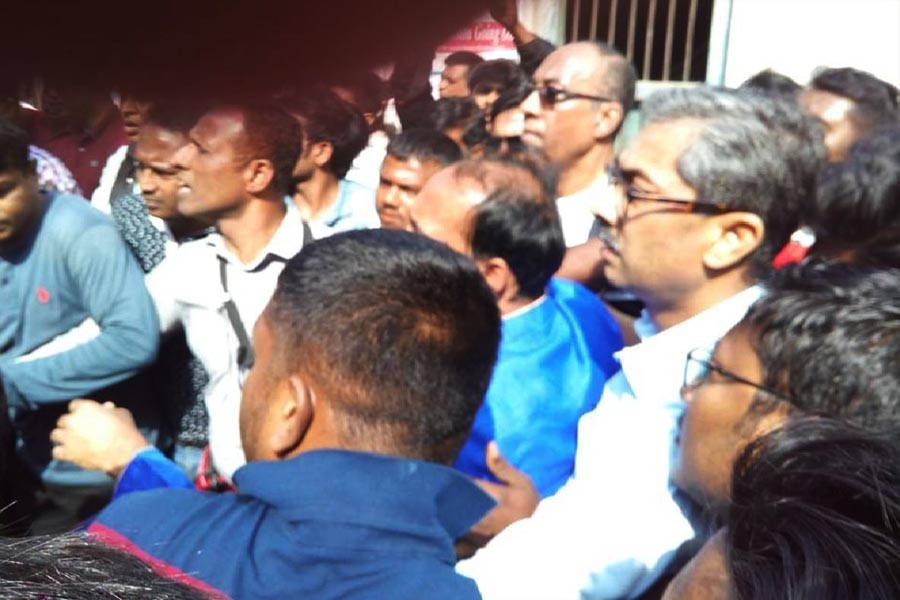 Witnesses said when Tabith and his supporters reached Bajarpara in Gabtoli for election campaign a group of people started throwing brickbats towards them around 11: 15 pm, leaving Tabith and some of his supporters injured.

However, Tabith continued his election campaign after the attack.