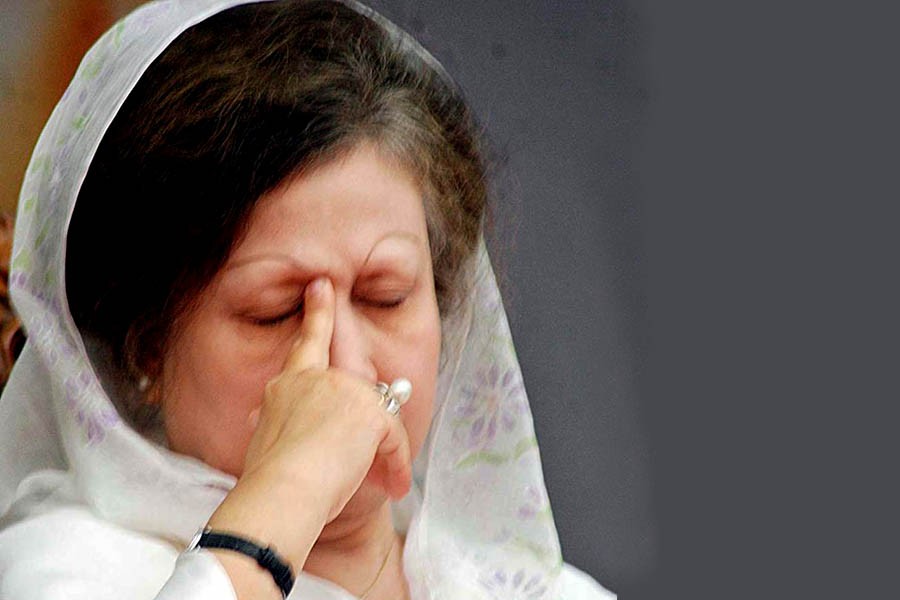 The Appellate Division of Supreme Court has upheld its previous order staying the High Court order that had granted bail to BNP Chairperson Khaleda Zia in a murder case filed over the 2015 Cumilla arson attack.

A four-member bench of the Appellate Division headed by Chief Justice Syed Mahmud Hossain passed the order on Monday disposing of the leave-to-appeal petition filed by the state.

The SC also ordered disposing the rule within four weeks issued by the HC to explain why Khaleda Zia would not be given permanent bail in the case.

Following the order, the SC stay on the High Court order will continue, according to a UNB report.

On June 24, the Supreme Court fixed July 2 (today) to pass the order on a leave-to-appeal against the High Court order that had granted bail to BNP Chairperson Khaleda Zia in the Cumilla murder case.

Earlier on May 28, the High Court had granted bail for six months to BNP Chairperson Khaleda Zia in two cases filed in Cumilla.

On May 29, Chamber judge of the Appellate Division stayed the bail following an appeal by state and fixed May 31 for hearing in full bench.

Later on May 31, The Appellate Division extended till June 24 its previous order staying the High Court order that had granted bail to BNP Chairperson Khaleda Zia in two cases filed in Cumilla.

Two cases were filed against Khaleda in this connection.