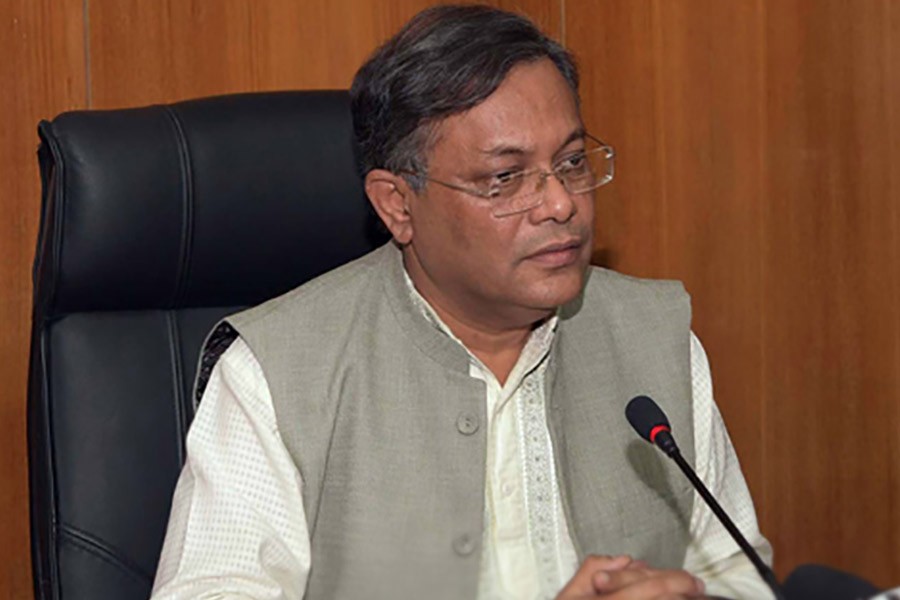 Hasan Mahmud also advised the BNP leaders to look for their own escape-routes as well again.

Pointing fingers to BNP leaders, he said: "The way the Sri Lankan leaders are fleeing, the leaders of BNP had fled in same way before. Those who compare Sri Lanka to Bangladesh have long ago fled like Sri Lanka. They are saying these as they have bitter experiences like the prevailing Sri Lankan situation."

“Earlier, BNP leader Tarique Rahman fled by giving a written statement (Muchleka) that I will not do politics anymore,” Dr Hasan added.

The minister went on saying that in Dhaka, their (BNP) leader Mahbubur Rahman was chased by the leaders and workers of their own party and the common people with throwing shoes.

"When Ziaur Rahman went to Dhaka University in 1980, he too was chased and that's why I urge BNP to find out a way to escape now," he continued.

“When the incumbent government started making the Padma Bridge, BNP spread rumours throughout the country that heads of human are needed for making the bridge and as a result, many innocent people died,” he said.

Criticising BNP's bad political practises, the minister said that BNP earlier raised question over the COVID-19 inoculation as the government brought the vaccines from India.

BNP Joint Secretary General Rizvi spread rumour that the vaccine had no efficacy but later Rizvi received this vaccine secretly, he continued.

"Our Dr Zafrullah of Chittagong also spoke about vaccination. Later, he also took the vaccine brushing aside all confusions," he said.

After the vaccination, Zafrullah said that he felt comfortable, he said.

About the importance of the ruling party Awami League, Hasan said, the grassroots leaders and workers are the lifeblood of Awami League.

He lauded the grassroots leaders and workers saying that they have never betrayed the Awami League.

The information minister said, "Since we have been in state power for almost 13 and a half years, many of us became apathetic. There has been an influx of opportunists into the party. Today, we have to think about how we will face the challenges in the future".

"I observe that big slogans are chanted when leaders come and competition takes place there for taking selfies with the leaders. But, in most of the cases, they are not seen to do anything else without posting the photos on Facebook," Hasan continued.

Urging the young party leaders to portray the government's development activities through the social media, Hasan said, "Many streets, roads and culverts have been constructed in the rural areas. Through social media, you should project the scenarios of what was the state of those areas before 13 years and what changes took place there due to Prime Minister Sheikh Hasina's development activities".