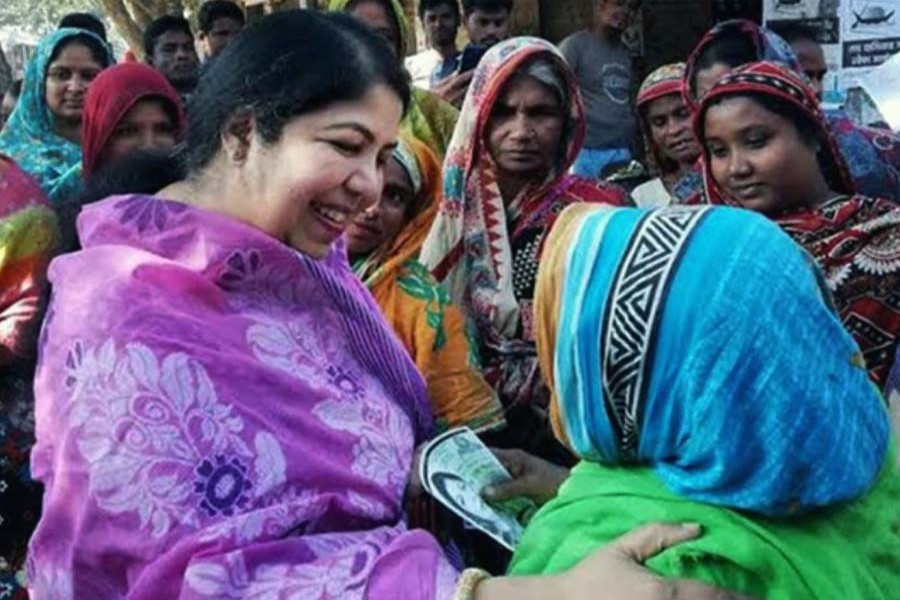 The Speaker cast her vote at the polling centre under Rangpur-6 (Pirganj) constituency around 8:19am in the morning.

After casting her vote, Dr Shirin said the polling is continuing peacefully in a congenial and festive atmosphere and free, fair and transparent manner, reports BSS.

“A huge number of people are exercising their franchise by casting vote,” she said and expressed satisfaction over the peaceful environment prevailing in different polling centres in the constituency.

The Speaker also hoped that the Awami League (AL)-led grand alliance will come out as the winner with the people’s mandate in the eleventh parliamentary election to form the government under leadership of Prime Minister Sheikh Hasina.

Later, the Speaker went to different polling centres of her constituency and expressed satisfaction over the hug enthusiasm and presence of a huge number of male and female voters in every polling centre.

A total of 0.29 million are expected to cast their votes at 107 polling centres in Rangpur-6 constituency this time.