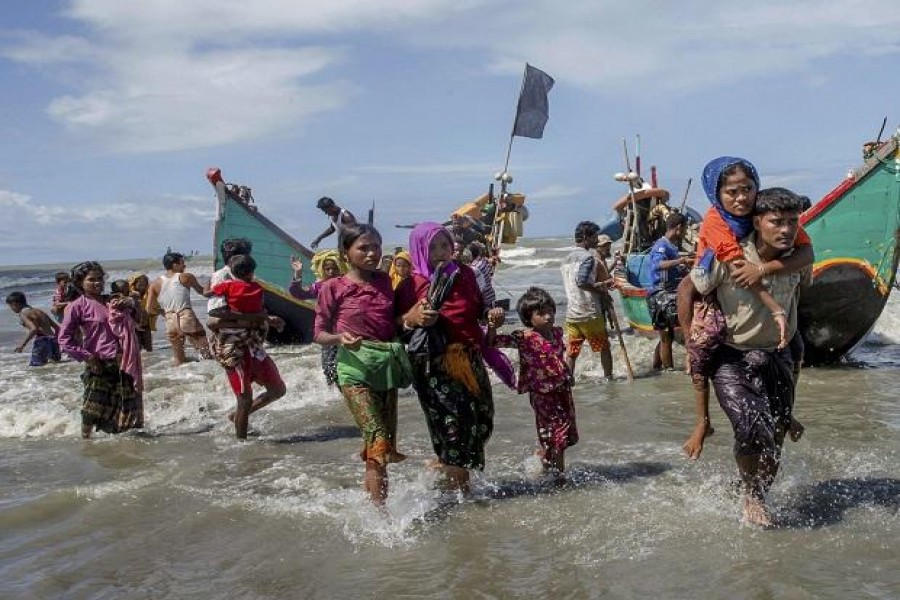 Rakhine state has been torn apart after unrest erupted in late August, when raids by Rohingya militants sparked a massive army crackdown which the UN says is tantamount to “ethnic cleansing”.

Half of Rakhine’s roughly one million Rohinyga Muslim population has fled to Bangladesh since then, creating the world’s largest refugee crisis, alleging their villages were incinerated by the army and Rakhine mobs.

Violence has also displaced nearly 30,000 ethnic Rakhine, who are Buddhists, and Hindus inside the state.

Education officials said schools had reopened in Maungdaw and Buthidaung townships “as stability returns” in the epicentre of the violence, according to a report by the Global New Light of Myanmar on Sunday.

“Schools in ethnic villages were safe and secure”, it said in an apparent reference to areas populated by the Buddhist Rakhine who are recognised as one of Myanmar’s official ethnic minorities.

“But we need to think about schools in Bengali villages” amid ongoing security fears, Rakhine education authorities were quoted as saying.

The Rohingya are not recognised as an ethnic group and are instead labelled by the state as “Bengalis”, stripping them of legal status in Myanmar.

More than 2,000 Rohingya — many from Buthidaung — have massed on the coast over the last week hoping to make the dangerous transit to Bangladesh as basic supplies dry up and they receive threats from their Rakhine neighbours.

The government has said officials have tried to talk them out of leaving, but they remain determined to make the perilous journey.

On Monday UN representatives are set to join relief agencies and diplomats on a government-steered trip to Rakhine — their first to the conflict-battered area.

Ethnic Rakhine, as well as many among the broader public in Buddhist-majority Maynmar, accuse the UN and NGOs of bias towards the Rohingya, a reviled group seen as a threat to the national religion.

Myanmar denies ethnic cleansing is under way in Rakhine and instead blames Rohingya militants for the violence.