Rohingya crisis: 'Persecution' could be used by IS : Australian FM 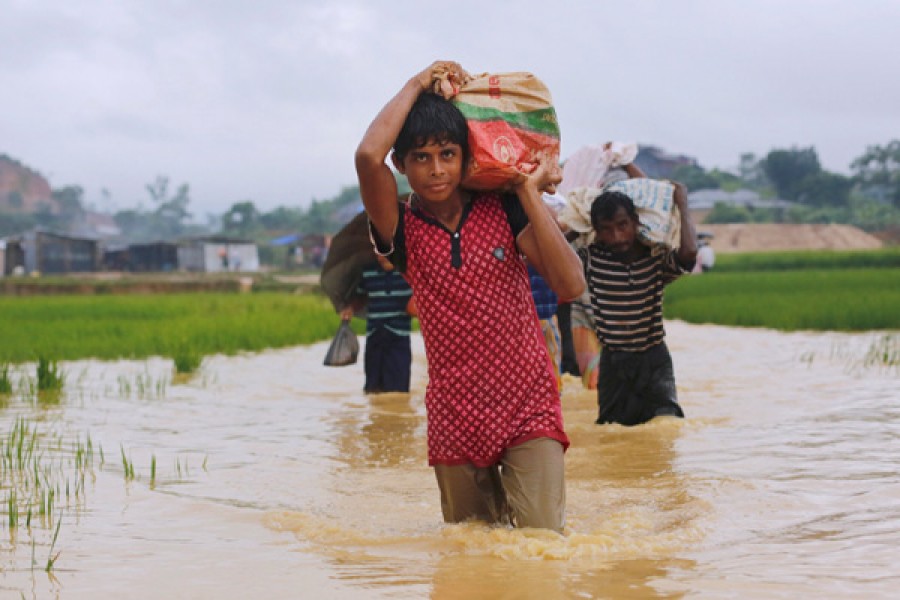 It is believed more than half-a-million Rohingya Muslims have fled persecution in Myanmar's Rakhine state, said a report by http://www.abc.net.au.

The situation has triggered a humanitarian crisis in neighbouring Bangladesh, which has accepted the refugees pouring over the border.

Ms Bishop argued the ongoing violence, prompted by a military offensive in Myanmar, could give rise to broader problems.

"We are deeply concerned that the persecution of a significant group of Muslim Rohingyas will be used by ISIS and other terrorist groups as part of their narrative to take up arms and to fight against the West," Ms Bishop told Insiders.

"That's why this Myanmar situation must be resolved.

"There's got to be a political resolution but in the meantime, the humanitarian disaster needs our full attention."

Myanmar's leader, Aung San Suu Kyi, has faced strident criticism over her handling of the situation, with many describing it as a lack of action from the once-lauded political activist.

Earlier this week, Bangladesh police said more than 50 Rohingya refugees from Myanmar were reported missing and dozens died after their boat capsized.