Rizvi urges Quader to join BNP as an advisor 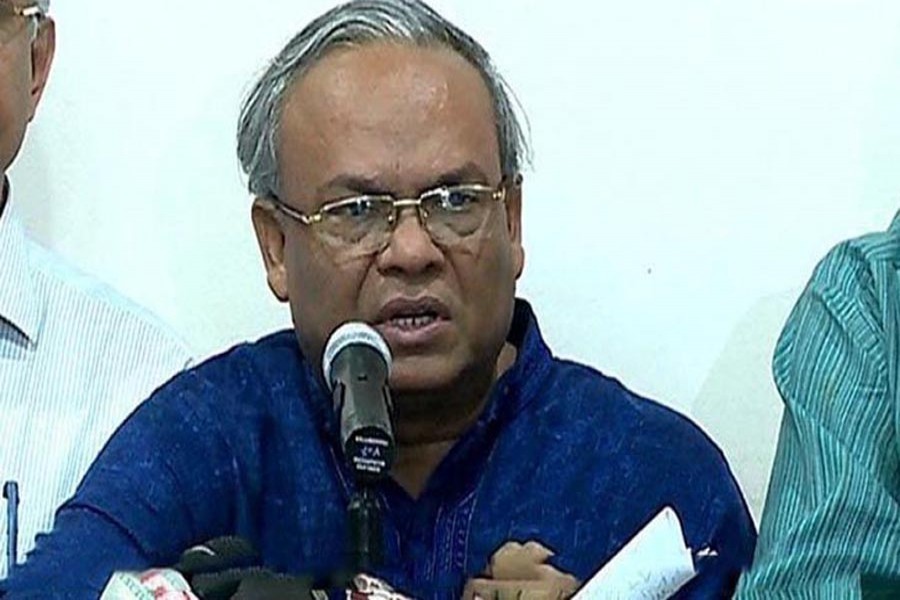 "Awami League general secretary is regularly giving BNP various advice at different programmes about what the party should do...he's also saying in advance about the decision of our party, and giving us various suggestions," said the BNP senior leader.

"The way he (Quader) is talking about BNP it seems he wants to join BNP. So, there's no point for him to remain with Awami League now. Rather, I urge him to join BNP, and our party's door is open for him," Rizvi said.

He said this while speaking at a press briefing at the party’s central office in Nayapaltan area on Thursday, reports UNB.

Rizvi ruling party leaders and activists are passing their days with an anxiety thinking of the consequences they will have to face for their 'misdeeds'.

Rizvi said though their party is not there in parliament, Prime Minister Sheikh Hasina is spiting venom against the Zia family in the House.

He said Sheikh Hasina, who became Prime Minister in the voting held at midnight, claimed the December-30 election was free and fair and Awami League won the polls with people's votes. "She's now making such remarks snatching people's freedom of expression."

The BNP leader said no one, except the Prime Minister and her party leaders and activists, said the election was free and fair.

"Even, the partners of the Grand Alliance are saying the voting was held the night before the election. The Prime Minister's digital hunger for power snatched democracy," Rizvi said.