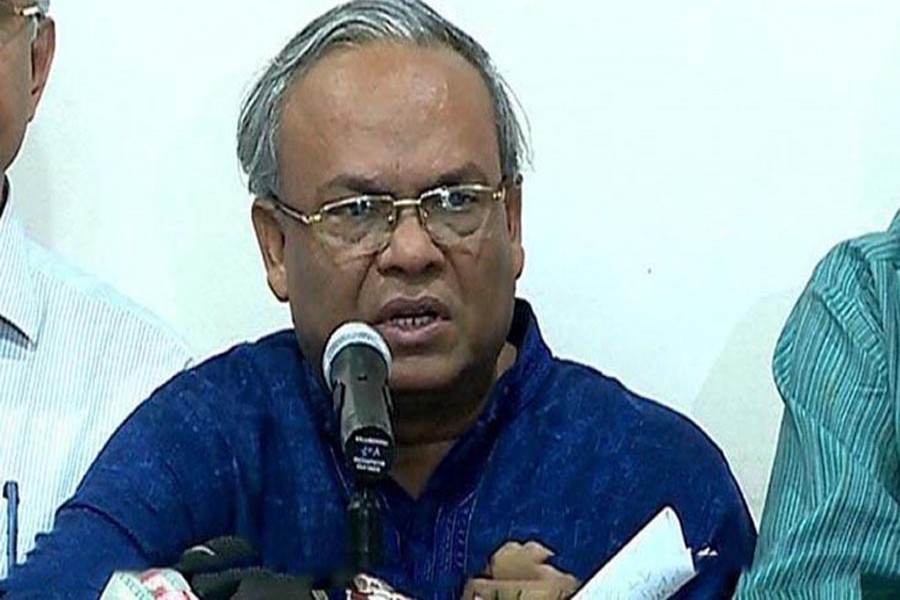 His criticism came a day after the EC organised the festival at its headquarters in Dhaka’s Sher-e-Bangla Nagar on Thursday.

The festival was organised to say thank-you to its staff for accomplishing 11th parliamentary polls successfully after around four hectic months, according to bdnews24.com.

The BNP senior joint secretary general compared the festival with that of primitive people.

“They celebrated the festival by killing democracy like the primitive people would do after hunting animals," he said at a media briefing in Dhaka on Friday.

Rizvi called the incumbent EC headed Chief Election Commissioner KM Nurul Huda ‘shameless. “That’s why they can do this. They have no accountability.”

In addition to the other arrangements at the event, the EC staff also barbecued fish they hooked from a water body on the commission premises.

An air of accomplishment and relief permeated the EC after the end of parliamentary elections marred by deadly violence and allegations of widespread rigging and other irregularities.

In the Dec 30 elections, Awami League and its allies bagged 288 of the total 299 seats. On the other hand, the BNP and its allies got seven seats, the lowest in their history.

The EC has ruled out a re-election demanded by the BNP and its allies in the Jatiya Oikya Front.