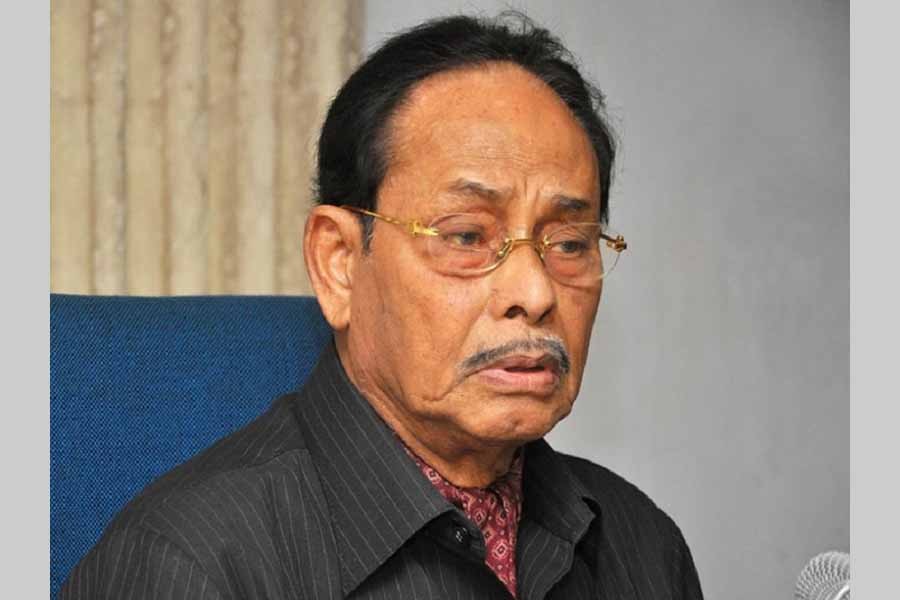 Jatiya Party (JP) Chairman HM Ershad on Tuesday said the upcoming Rangpur city polls will determine whether the people can rely on the Election Comission (EC) or not.

"The Rangpur City Corporation polls will give the signal. All the political parties as well as people will get the confidence in the Election Commission if it can hold the Rangpur election in a credible manner," he said.

Ershad came up with the comment at a programme at his Banani office.

The programme was arranged marking the joining of Supreme Court lawyer Barrister Sheikh Faisal Shahriar Jiad and his followers the party, reports UNB.

As per the schedule declared by the Election Commission, the election to Rangpur City Corporation will be held on December 21.

Ershad hoped that their party candidate will come out successful in the Rangpur city polls. "People are in favour of Jatiya Party. They want to rally around the Jatiya Party."

The Jatiya Party chairman also asked his party leaders and activists to get ready for the next election. "People will reflect their affection for Jatiya Party on the next general lection."

Opposing BNP's proposal for holding the next polls under a non-party neutral government, he said the polls will be held at the right time as per the constitution.