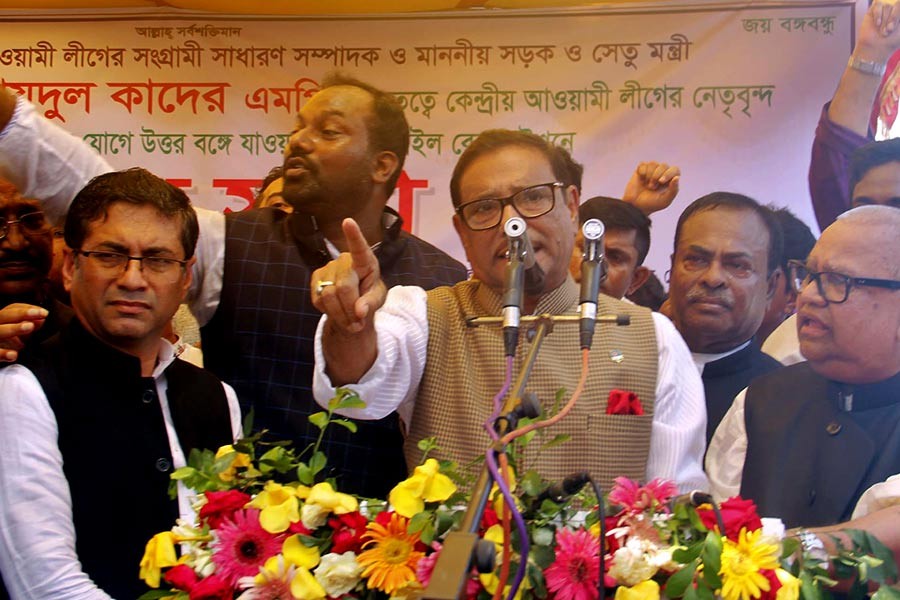 The Awami League will not tolerate any ‘unrest’ before the upcoming general election and will take action against any activists or leaders of the party if they engage in instigate it, said party general secretary Obaidul Quader.

“Don’t create any unrest; we have begun to act against those who are engaged in creating unrest. You’ll get a show-cause notice within three days of the incident at any district—be it Dinajpur, Rajshahi, Barguna or Sylhet,” he said.

Quader came up with the statement during a stopover at Tangail Rail Station on Saturday as part of a ‘campaign trip’ to the north of the country, reports bdnews24.com.

Leaders and activists should not create any internal feud or sub-divisions in the party, he said, and instead urged everyone to be united and help the Awami League to win the coming general election.

Road Transport and Bridges Minister Quader is on a campaign trip aboard the Nilsagar Express to Nilphamari with a group of central Awami League leaders on Saturday.

He is likely to attend public meetings at Ishwardi in Pabna, Natore, Shantahar in Bogura, Akkelpur in Joypurhat, Birampur, Fulbari and Parbatipur in Dinajpur and Syedpur in Nilphamari.

Usually the train stops at these stations for 3 to 4 minutes, but the stops have been extended to 10 minutes for the meetings, AL leaders said.