Quader urges partymen to get united ahead of elections 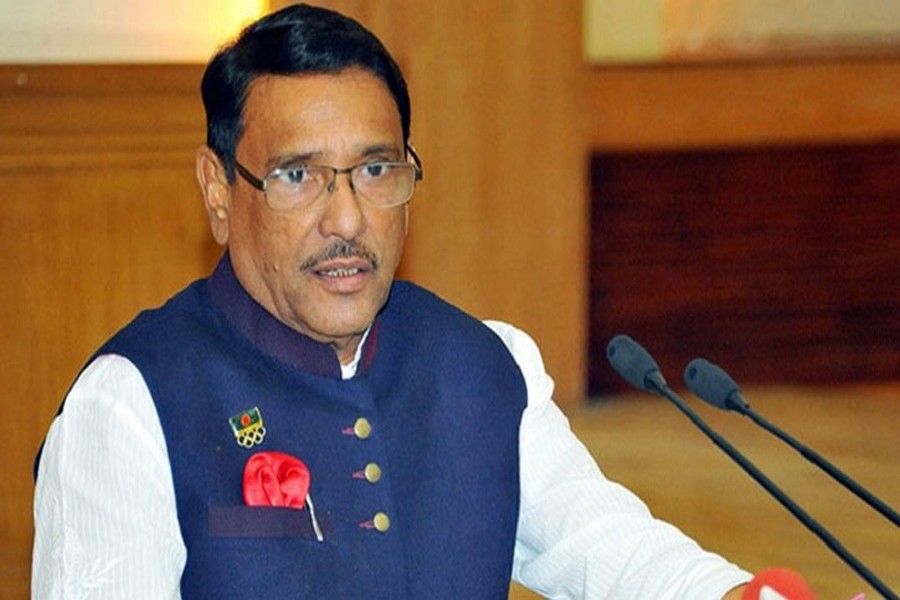 Road Transport and Bridges Minister Obaidul Quader on Tuesday urged the party leaders and activists to get united ahead of the election and solve internal problems.

The main focus of Awami League will be on women and first-time young voters,” he said asking the party leaders to prepare for the upcoming polls.

The minister, also the general secretary of the ruling Awami League, made the remarks while addressing a discussion organised by Dhaka South City Corporation-DSCC marking the 11th death anniversary of Mohammad Hanif.

He said Awami League will win the next election if it can associate its development and attainment under Prime Minister Sheikh Hasina government with good behaviour.

Pointing finger at BNP, the minister said, “I’m not undermining BNP’s strength. All anti-AL and communal forces have reunited under the auspices of BNP.”

BNP may not be organised in an organised way but there is no reason to think that they are weak in support, he added.

Recalling Mayor Hanif, the minister said Hanif’s political ideology was to love the people of the country and that is why he is so popular even after his demise, according to UNB agency.

“During the grenade attack on AL anti-terrorism rally in 2004, Hanif made a human shield to save Sheikh Hasina without thinking about his own life.

Sheikh Hasina has sent the word ‘mass rising’ in the museum through her work of development for the country, Quader said, adding that people are very happy with the Prime Minister.