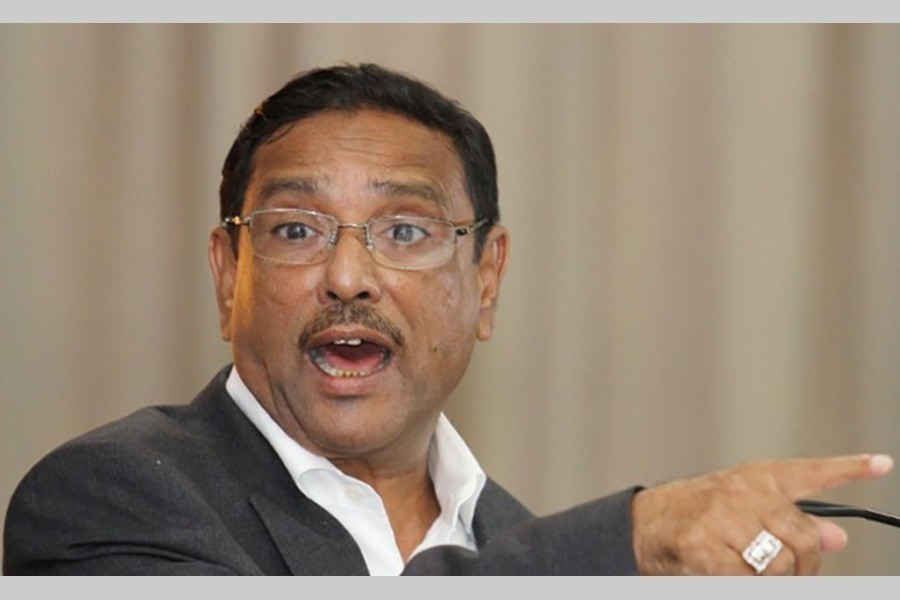 Awami League General Secretary Obaidul Quader has said that BNP will no longer be allowed to resort to any arson attack in the name of movement.

He also said that any anarchy would be faced with a befitting reply.

While talking to reporters after inaugurating a new multi-storied building of Samsuzzoha MB Union High School at Tribeni of Bandar in Narayanganj on Thursday, he threatened, "We'll give a befitting reply to their arson movement."

A UNB report said the building was constructed under the finance of local MP AKM Salim Osman.

Quader, also Road Transport and Bridges Minister, claimed that BNP's main task is to hatch conspiracies against the country, burn people to death and destroy their property in the name of politics.

He also expressed the belief that people will reject them in the future as they 'did' in the past.