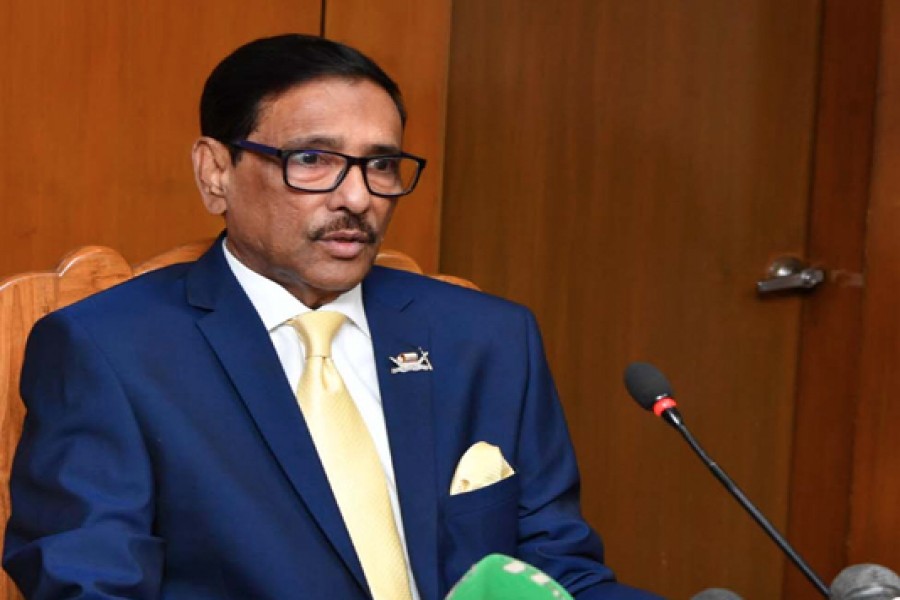 “BNP can only shout for movement but their announcement is like ‘too much talk ends in nothing’. After announcing movement, BNP leaders stay in AC room. The people know their ability,” he said.

The minister was addressing the inaugural ceremony of ‘special service week’ of Bangladesh Road Transport Authority (BRTA) through videoconferencing from his official residence.

About BNP secretary general Mirza Fakhrul Islam Alamgir’s announcement that they would oust the government through movement, Quader said BNP wages movement in front of their party office and carries out attacks on own party leaders and workers after getting involved in intra-party conflicts.

The AL general secretary said BNP every year announces that they would wage their movement after the Eid.

Many Eids have passed but the people could not witness any movement of BNP, he said, adding that BNP’s politics is now confined to just holding press briefing as they fail to take to street to wage any movement.

Quader said BNP’s movement is also confined to their mutual mistrust, conflicts and circle of negative politics and their call for movement is now as like as the story of liar cowboy.

About Mirza Fakhrul’s comment that the independence could not be protected if the government is not ousted through movement, he said the people now laugh at the comments of BNP leaders as with whom they would wage the movement.

He said the country achieved independence under the leadership of Awami League and it has contributions to the nation’s every achievement.

Turning to BRTA activities, the minister said scopes should be created for receiving fitness certificate of vehicles from any circle office of the country for easing the government services for service recipients.

BRTA should be made a service-oriented institution in the true sense of the term, he added.