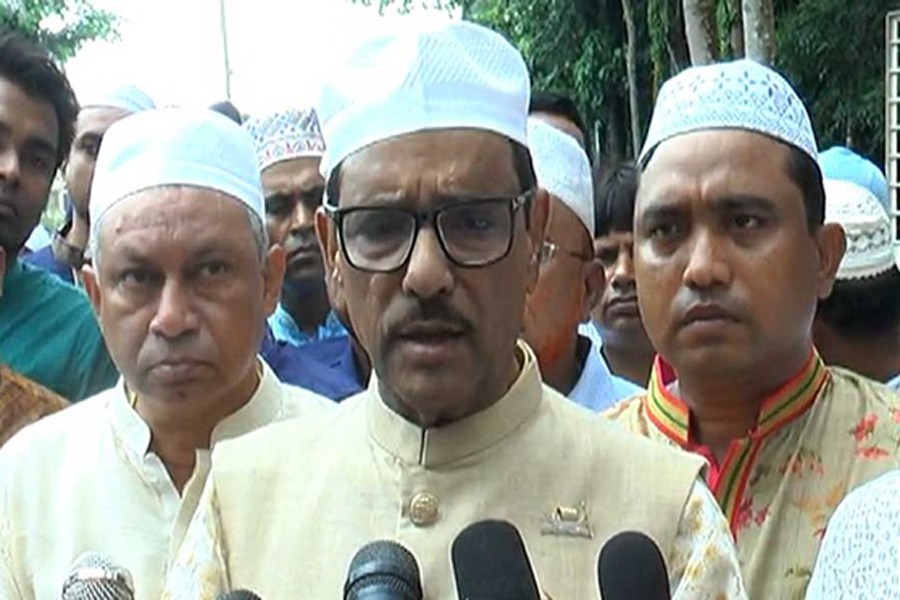 NOAKHALI, Aug 12: Awami League General Secretary and Road Transport and Bridges Minister Obaidul Quader  today said the prayer for this Eid-ul-Azha was for elimination of the communal forces from society, reports BSS.

“August is the month of mourning. When this month comes, evil forces become active to create unrest. They are enemy of the people. Today our prayer was for elimination of communal forces from society,” he told newsmen after saying prayer of Eid-ul-Azha at his family mosque at Rajapur village under Companiganj in the district.

He said the home goers suffered on roads due to traffic congestion caused by heavy rain and plying of cattle-laden heavy vehicles on roads ahead of Eid-ul-Azha.

The minister said passengers of Dhaka-Tangail route faced traffic jam nearby Bangabandhu Bridge. Apart from that, maximum roads in the country were free from traffic congestion, he added.

Quader said there was no traffic jam on roads on Sunday. “All well that ends well. People reached home without facing any hassle at the end. After Eid celebration, people will return to their work places in Dhaka in the same way,” he said.

The minister said law enforcement agencies are working round the clock for peaceful celebration of Eid-ul-Azha.

About dengue outbreak, Quader called upon the people to keep clean the surroundings of homestead, workplaces and buildings to prevent the dengue.