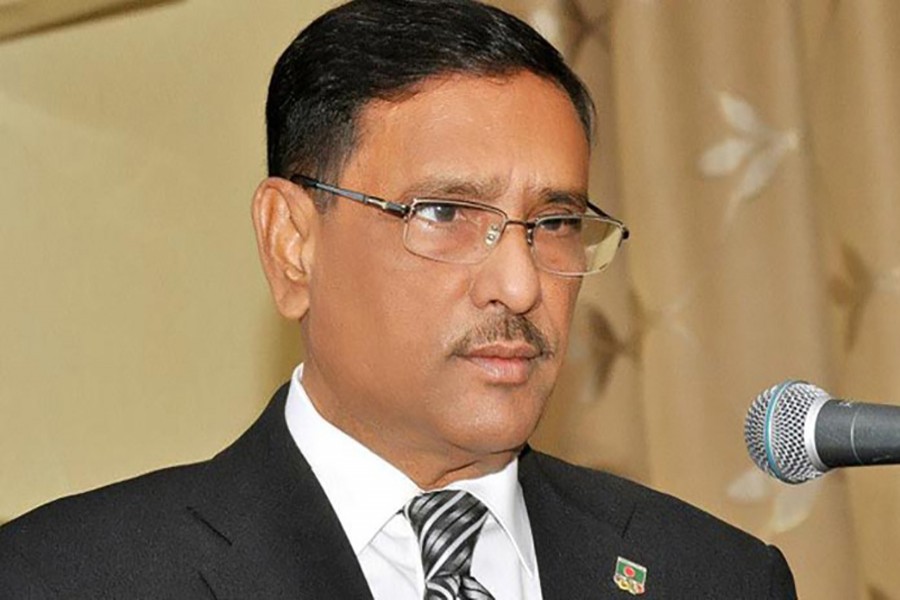 Road, Transport and Bridges Minister Obaidul Qauder on Sunday drew the attention of the Election Commissioner over BNP nomination seekers interview by its acting chairperson Tarique Rahman through a videoconference.

"We're drawing the Election Commission's attention whether a fugitive convict in two cases can join election procedures," he said while talking to reporters at the Secretariat.

Quader, also the general secretary of Awami League, said, "I want to ask the nation whether a fugitive convict can take part in the elections. We want justice from the nation."

About their nominations of the ruling alliance, he said the list of candidates nominated by the AL-led 14-party alliance will be announced within 4-5 days, according to a UNB report.

In reply to another question, he said this election will be much fairer than previous ones. "There was no election in the past which was hundred per cent free and fair."

In response to another question about the election manifestos of others, Quader said, "Alliance partners will publish their respective manifestoes. There's a possibility that the Prime Minister herself will unveil the Awami League manifesto. But, the date is yet to be fixed."