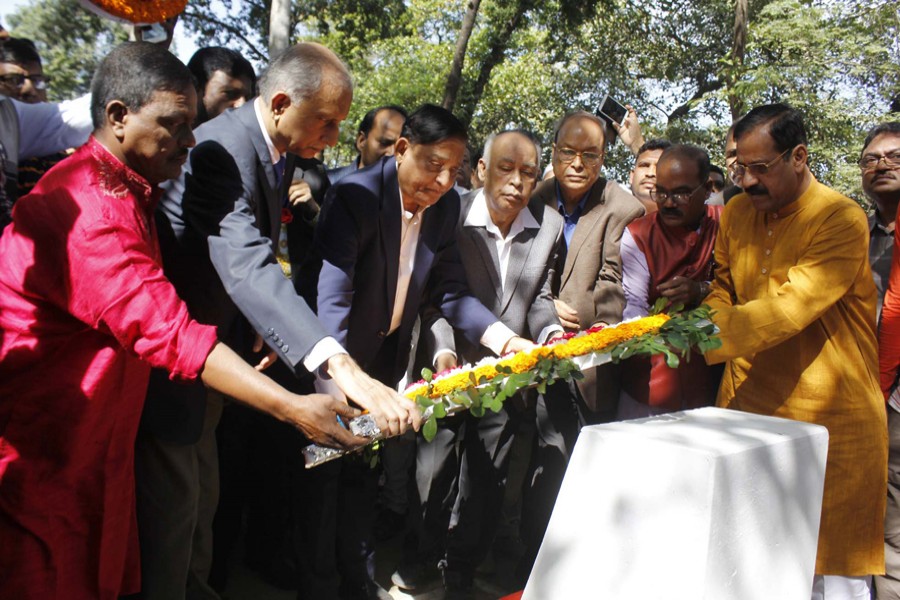 "The pro-liberation force should remain in power continuously to resist war criminals, militancy and terrorism," he said.

The AL leader, also disaster management and relief minister, Mofazzal Hossain Chowdhury Maya made the remarks while placing a wreath at a monument in Suhrawardy Uddyan in the city.

The memorial was built in memory of members of allied forces of Indian Army who sacrificed their lives during the Liberation War.

The minister also prayed for eternal peace of the deceased Indian forces who sacrificed their lives during the liberation war of Bangladesh and conveyed his sympathy to the bereaved family members.

He gave sincere thanks to the people and government of India for their support and cooperation during the Independence War.

Nearly 6,000 soldiers sacrificed their lives during the Independence War of Bangladesh in 1971.