The former footballer arrested after clash with cops at Secretariat area 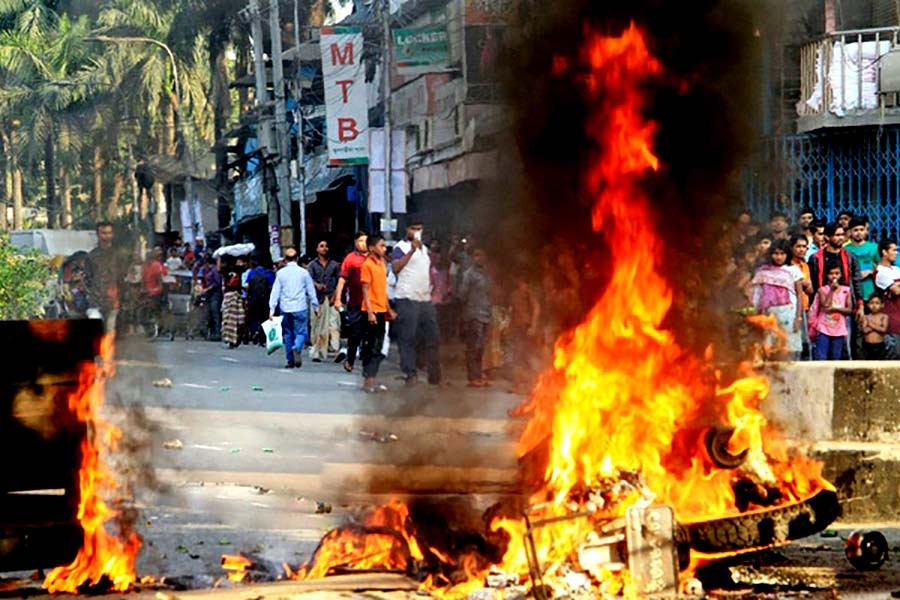 BNP leaders and activists engaged in a clash with law enforcers at the area during a procession brought out from the main entrance of High Court.

During the agitation, police and BNP men chased each other intermittently for half an hour.

Several vehicles including a BRTC bus were vandalised near government officers' hospital at Bangabazar and also near national press club, Bangladesh Secretariat and Curzon Hall areas.

A motor cycle of a police sergeant was also set ablaze near the hospital.

Meanwhile, Deputy Commissioner of DMP Ramna Division Maruf Hossain said at least three members of law enforcers were injured during the clash and police have picked up several people from the spots.

The situation is now under control, he added.

Earlier, the court granted the bail upon her surrender before the court seeking bail.

Earlier, on November 30, the court issued an arrest warrant for Khaleda Zia in two graft cases after cancelling her ad-interim bail as she failed to appear before it on time.