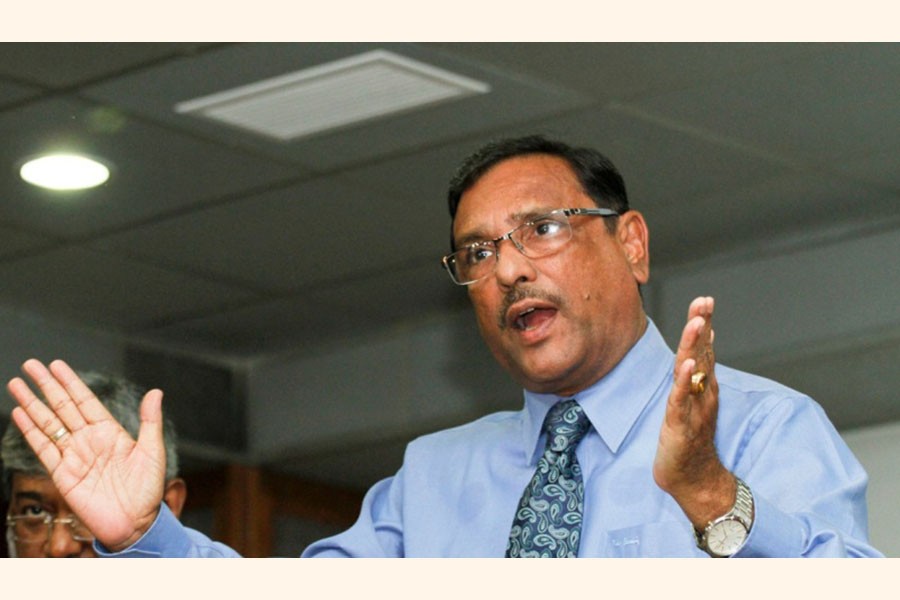 "Rohingya crisis would be resolved if the proposals of Prime Minister Sheikh Hasina are materialised. Her remarks at the United Nations were very unequivocal," he told a view-exchange with the officials working for relief coordination at Naikhongchari Upazila Parishad auditorium, reports BSS citing said a press release.

Quader called upon the party leaders and workers to stop all formalities of birthday of Prime Minister Sheikh Hasina on September 28 and save the cost to provide the money for aids of Rohingya refugees.

He distributed relief goods among Rohingya refugees there.

Earlier, on behalf of Red Crescent, Quader distributed finance assistance among the family members of and injured in the Naikhongchari accident occurred when a truck of International Committee of the Red Cross filled with aid for Rohingya refugees veered off a road and fell into a ditch on Thursday morning killing at least nine aid workers.

Quader also gave Tk 100,000 from his personal fund to the accident victims.