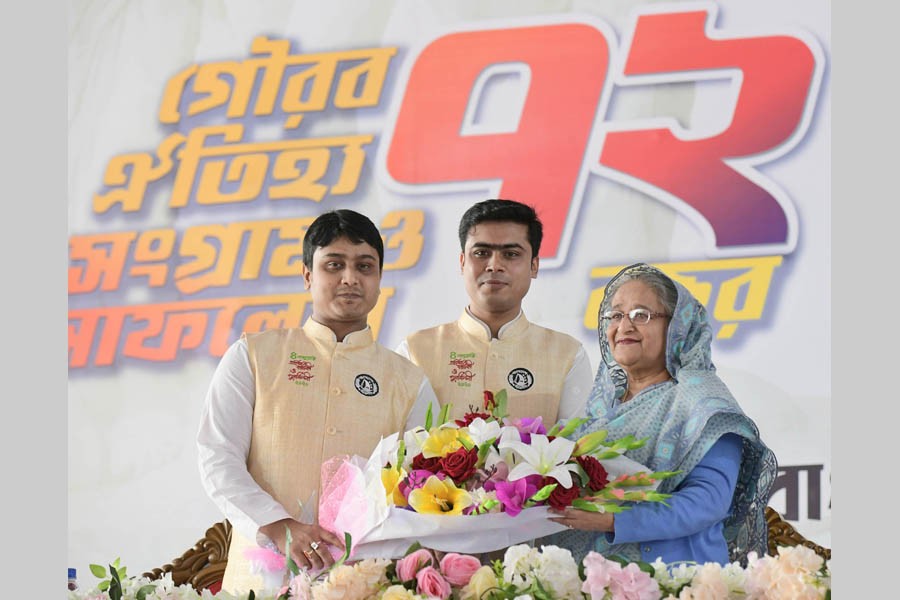 The PM removed the “acting” tag from their posts in an even marking the organisation’s anniversary at the Suhrawardy Udyan in Dhaka on Saturday, reports bdnews24.com.

They had been acting as president and general secretary of the organisation since mid-September 2018, when Rezwanul Haque Chowdhury Shovon and Golam Rabbani were removed amid allegations of extortion.

Both Joy and Lekhak are Dhaka University students. They had been working as vice-president and joint general secretary of BCL during the tenure of Shovon and Rabbani, who took charge after its last council in May 2018.

Hailing from Barishal, Joy is completing Masters in Criminology.

He had served BCL as legal affairs secretary of the previous committee. He had been the general secretary of its Shaheed Sergeant Zahurul Haque Hall before that.

Lekhak is also a post-graduate student of the social welfare department.

His uncle Swapan Bhattacharjee, an MP from Jashore’s Manirampur, is the state minister for rural development and cooperatives.