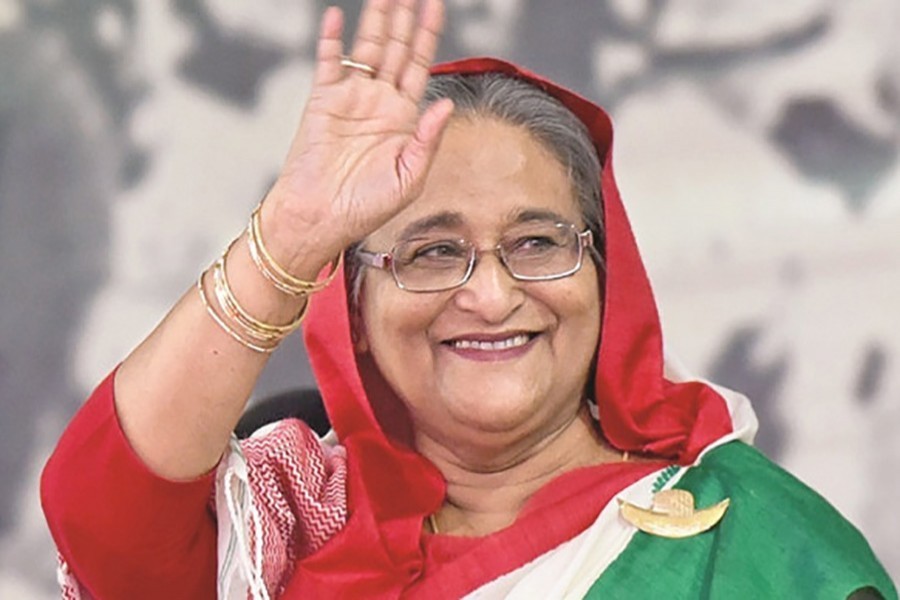 She started her journey by road around 8:22 am from her official residence Ganobhaban and reached there at 2:10pm.

At first, she paid homage to Father of the Nation Bangabandhu Sheikh Mujibur Rahman at his grave by placing a wreath and offered munajat there.

Later, Hasina will address a public rally at Sheikh Lutfar Rahman Government Degree College ground at Kotalipara in the afternoon as part of her election campaign, reports UNB.

On her way back to Dhaka on Thursday, Hasina will address a rally at Bhanga circle in Faridpur, Faridpur circle, Rajbari road circle, Manikganj bus stand, Rabeya Medical College and Hospital premises in Dhamrai and Savar bus stand.