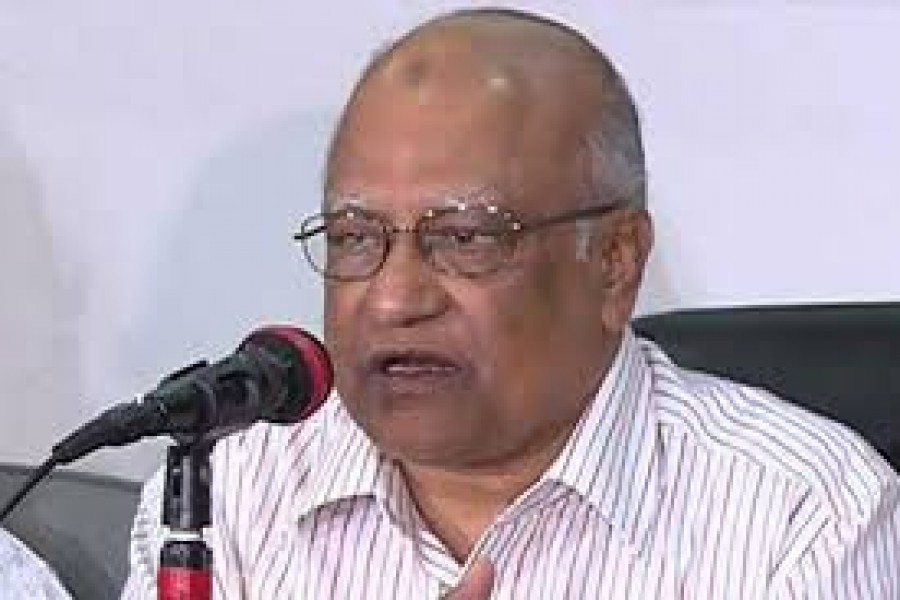 "Our party secretary general has gone to the UN, and the US State Department. We think it has surely made the Prime Minister disappointed or worried. That's why she's making comments about it," he said.

The BNP leader came up with the remarks at a press conference at BNP's Nayapaltan central office on Sunday.

On Saturday, Prime Minister Sheikh Hasina at a programme accused BNP of resorting to falsehood over Fakhrul's visit to the US as it claimed the UN secretary general invited him.

She also said an assistant secretary general of the UN confirmed that the UN chief did not invite Fakhrul. "Rather, the BNP leaders sought his appointment."

Mosharraf, a BNP standing committee member welcomed the initiative of Jukta Front and Jatiya Oikya Prokriya, for forging a national unity as their demands are similar to BNP's ones to hold a credible election.

"Different political parties and organisations out of the 20-party are making almost the similar demands. We believe these demands will turn into national ones," he observed.

The BNP leader said the country's people and the friendly foreign countries want to see an inclusive and fair election here. "The election won't be participatory one, if the 20-prty and Khaleda Zia don't join it."

He said their party will go to the polls after freeing Khaleda Zia from jail through a movement.

Mosharraf alleged that the government has continued its repressive acts to suppress the opposition leaders and activists to hang onto power by holding another 'lopsided' election.

As per the information their party collected from across the country, he said over 2,000 'false and bizarre' cases have been filed against their around 20,000 identified and over a lakh unidentified leaders and activists over the last 15 days. "Our about 3,000 leaders and activists have already been arrested during the period."

Besides, the BNP leader said, law enforcers are regularly raiding the houses of their party leaders and activists and harassing their family members.

Citing various examples, he said though no incident of vandalism, arson attack, crude bomb blast, and attack on police take place, police are bringing such ghostly allegations against BNP leaders and activists, even those who died or went abroad while filing cases against them.

The BNP leader alleged that the main motive behind filing of such cases is to keep BNP and its leaders and activists out of the next general election and deprive people of their voting rights.