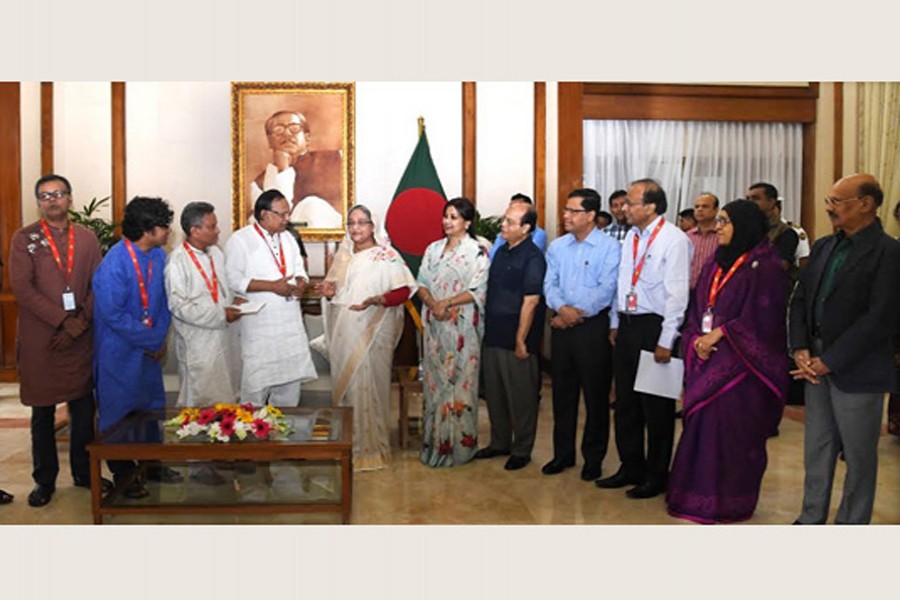 Prime Minister Sheikh Hasina donated Tk 200 million more to the fund of the Bangladesh Journalists’ Welfare Trust, which was constituted by the present government to provide financial support to the newsmen in their needs.

The prime minister handed over the cheque of the donation to the President of Bangladesh Federal Union of Journalists (BFUJ) Mollah Jalal at a function at her Gonobhaban residence in the city on Thursday.

The premier initiated the trust fund in 2014 by giving at amount of Tk 50 million as seed money, which later drew more money from a number of private media houses raising the fund to Tk 150 million in the last four years.

At a function on September 19, 2018 the prime minister had given assurance of providing Tk 200 million more to the fund of the trust, reports BSS.