PM asks DCs not to allocate land for unplanned industry 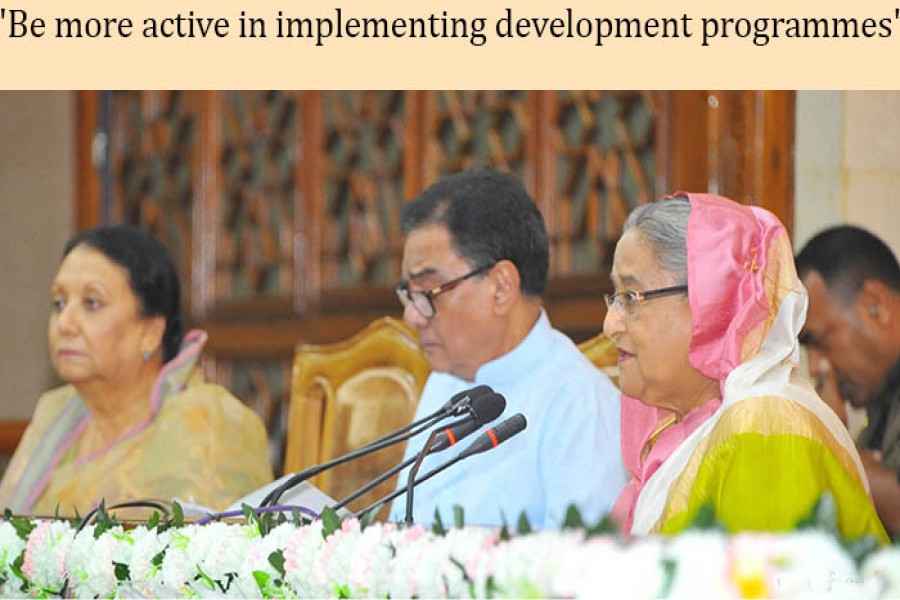 Prime Minister Sheikh Hasina on Tuesday directed the Divisional Commissioners and Deputy Commissioners (DCs) not to allocate any land in any unplanned manner for setting up industries.

“Industries need to be set up only at economic zones where all kinds of services will be ensured,” she said.

The PM also asked them to be more active in implementing development programmes. Stressing the importance of stamping out corruption from the country, she laid out a 23-point guideline for to ensure people's welfare.

Sheikh Hasina gave the instructions while addressing the inaugural ceremony of three-day Deputy Commissioners’ Conference at her office in Dhaka.

“You’ll have to work together with public representatives in establishing good governance at the grassroots, strengthen the rural economy further and develop the infrastructures in villages, implement SDGs and face natural disasters,” the Prime Minister said.

Sheikh Hasina asked the public servants to take a strong stance against corruption to root out this menace from society at any cost to deliver the benefits of the country’s development to all. The Prime Minister said the DCs will have to ensure that mass people are not harassed in any way. She also asked the officials to remain tough against the food adulteration.

The PM directed them to know the details about local problems and prospects and inform the Central Administration timely as the development projects are prepared on the basis of their reports and information.

Cabinet members, PM's advisers and secretaries of different ministries and divisions were present.