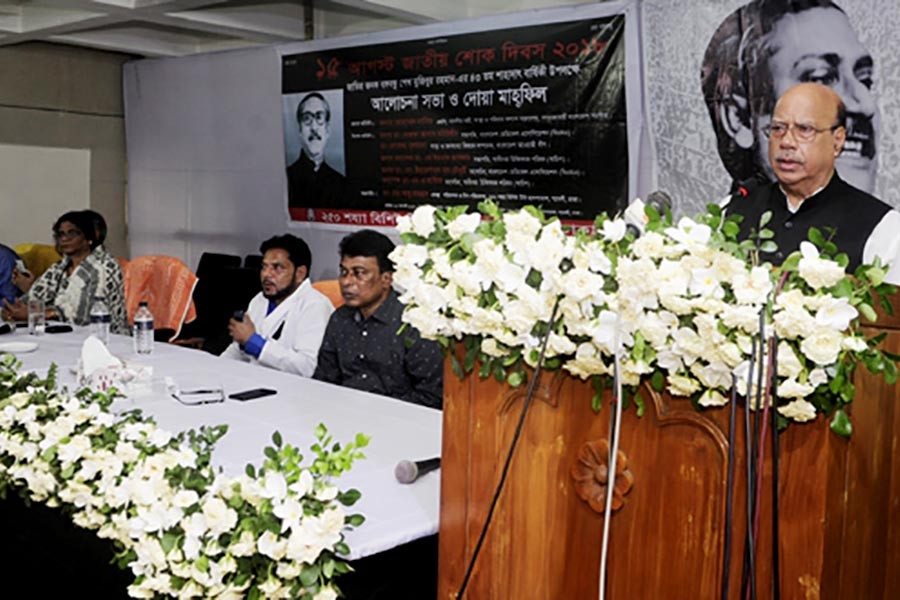 Health and Family Welfare Minister Mohammed Nasim has urged BNP leaders to refrain from hatching conspiracy over the next general election.

The Awami League presidium member made the remarks while addressing a function marking the National Mourning Day at TB Hospital in Shyamoli area of Dhaka on Saturday, reports BSS.

The election would be held under the Election Commission (EC) as per the Constitution, he said and urged the BNP leaders not to try to catch fish in troubled water.

Nasim urged the people to cast their votes in favour of ‘boat’, the election symbol of AL in the next general election.

Later, the participants of the programme offered prayers seeking blessings for the Martyrs of August 15.