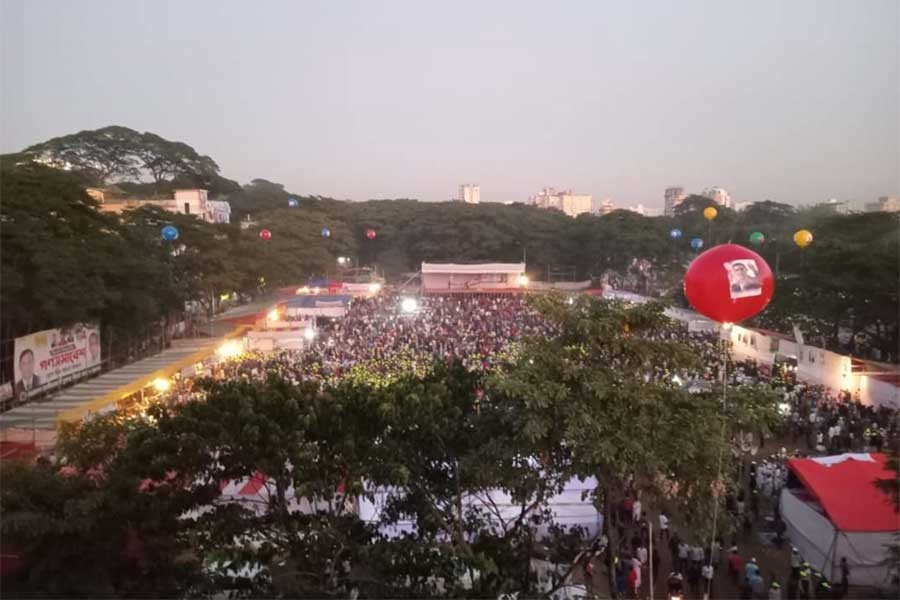 BNP Secretary General Mirza Fakhrul Islam on Saturday said the government’s “threats” will not work this time as countrymen will not return home “until their voting rights are restored”.

Speaking at the divisional rally in Sylhet, he also said election must be held under a non-partisan caretaker government and warned that those who oppose this election system will turn into “public enemies”.

“The prime minister has issued a threat that we’ll face the fate of Hefajat if we try to wage a movement. We would like to say that people have woken up this time. So, these threats won’t work this time. People who have taken to the streets, won’t return home without realising their demands,” Fakhrul said.

According to UNB, the BNP leader said their party’s main goal is to restore people’s rights that “have been lost, including the right to vote.” “We’ll establish a government of people through people’s votes…our movement can’t be stopped by opening fire and gunning down our leaders and activists.”

Referring to the ruling party leaders’ remarks that the election will be held as per the constitution, he said their party does not accept the charter that was amended by the current government.

He said that the government has annulled the caretaker government system using the judiciary, creating a scope for holding the election under a partisan government.

He said the restoration of the caretaker government system is the only way to resolve the country’s political crisis.

Tens of thousands of leaders and followers of BNP and its associate bodies from four districts--Sunamganj, Moulvibazar, Habiganj and Sylhet--under the division joined the rally, overcoming various obstacles and the bus strikes that began on Friday morning.