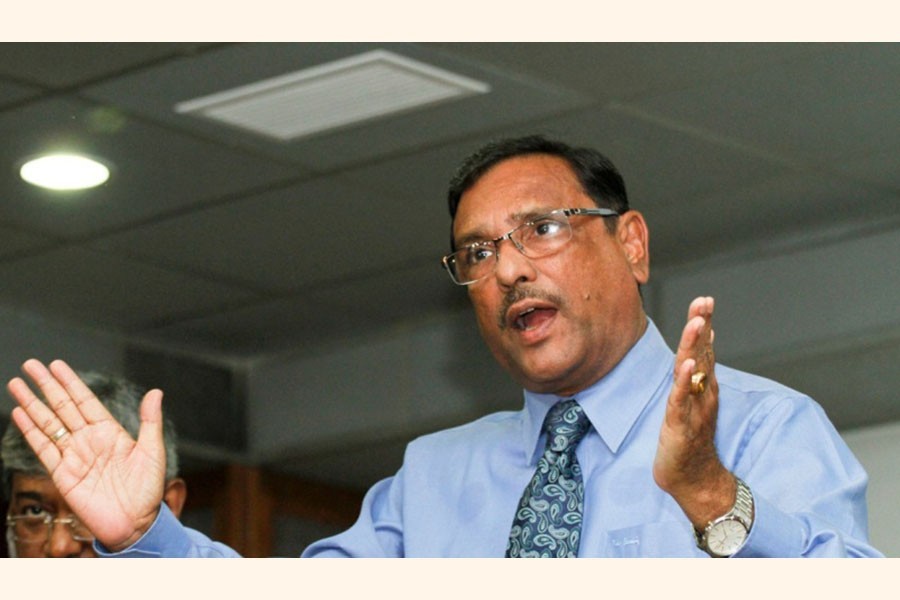 Road Transport and Bridges Minister Obaidul Quader on Friday said Awami League will win in the next general election due to Prime Minister Sheikh Hasina's honesty and proficiency in politics, which is recognised globally.

"As honest politician, Prime Minister Sheikh Hasina secured third position in the list of the honest leaders of 173 countries with 87 scores. We will win in the election as there is no alternative to be honest and proficient in politics," said he.

Quader said it while talking to reporters in Chandra area in Gazipur, reports UNB.

The minister said he is hopeful of winning in the election for continuation of development in roads and highways.

Replying to a question, Quader, also the AL general secretary said BNP has no such exemplary deeds in the country so that people can give them huge mandate in the next election.