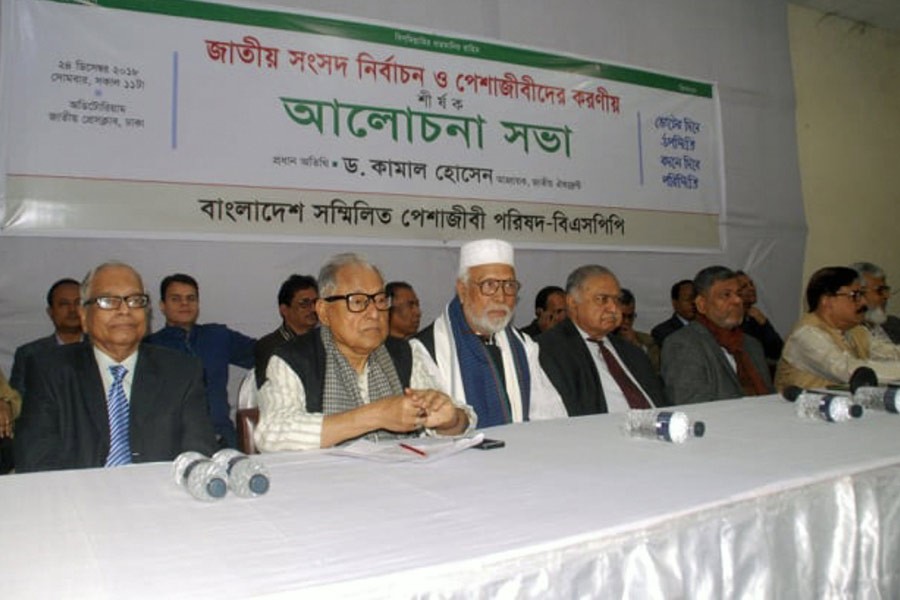 Dr Kamal, also the Gono Forum chief, made the remarks while addressing a programme arranged by Sammilito Peshajibi Parishad as the chief guest, reports UNB.

"People waged the Liberation War with a dream of becoming the country's owners and establishing their voting right. We're now untied to cast our votes," he said.

"Even after 47 years of the country's independence, we've to go to election through waging a movement. What can be more shameful than this?" questioned Dr Kamal.

"We're untied to use our voting rights... we've to safeguard the trust of martyrs. No autocrat will be allowed to stay there in power," he added.

The Oikyafront chief urged the voters to go to polling stations early in the morning on December 30 and stay there to check vote rigging and all other irregularities. "You all remain united so that no one can obstruct voters."

Recalling the glorious role of Bangladesh Police in the country's Liberation War, he called upon its members not to indulge in any unfair and unethical acts regarding the election.