Party bigger to me than relatives: Ershad 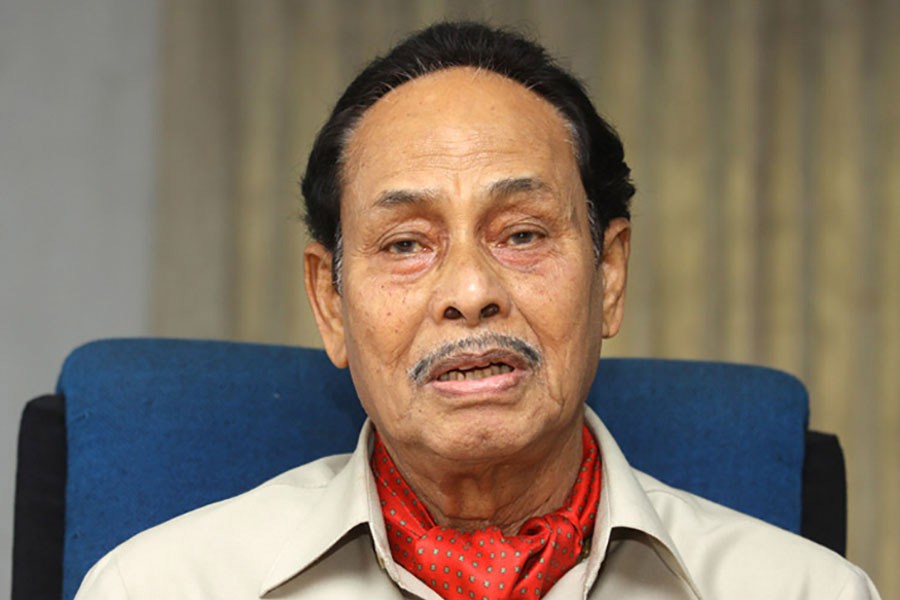 Jatiya Party Chairman HM Ershad has said his party is bigger to him than his brothers and other relatives.

The former president made the remarks on Sunday referring to recent decision to expel his nephew Hossain Mokbul Asif Shahariar from the party for 'breaching discipline'.

"He (Asif) is my nephew. The only reason behind the expulsion is his disobedience of the party decision. The party is bigger to me than anyone else, including my brothers and nephews," he said.

Ershad, a former military ruler, came up with the comments at a press conference at a convention centre in Gulshan.

Earlier on Friday, the JP chief removed Asif from the party for filing nomination to contest the Rangpur city corporation polls as an independent mayoral candidate violating the party decision.

Ershad hoped his party mayoral candidate will win the election with a big margin.

According to UNB, he strongly denounced US President Donald Trump's decision to recognise Jerusalem as Israel's capital.

Ershad said his party will stage a demonstration in the capital city on Tuesday protesting the US President's decision.