Pakistan wants to be a country like Bangladesh, Obaidul Quader says 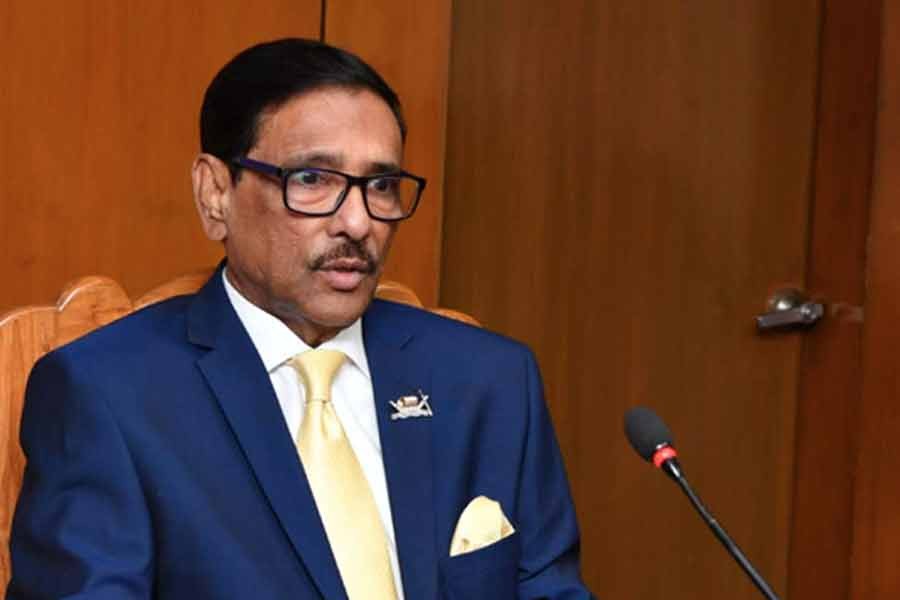 He said Bangladesh’s development stories are now discussed in the Pakistan parliament and they want to be a country like Bangladesh.

“It reveals the success of Father of the Nation Bangabandhu Sheikh Mujibur Rahman’s lifelong struggles,” the road transport and bridges minister said while addressing a discussion marking Victory Day and the inaugural ceremony of Bangabandhu, Liberation War and Bangladesh Corner at Setu Bhaban in the city, reports BSS.

Referring to different achievements of the government, he said Bangladesh attained self-sufficiency in food production but once it was a country of food deficiency.

Without any disputes, the country has settled maritime boundary issues with neighboring countries, he added.

The minister said only Bangabandhu’s daughter Sheikh Hasina has the courage to take the decision of constructing Padma Bridge with domestic funds giving a challenge to the World Bank.

He said though BNP always talks about sovereignty and Liberation War, now the party’s main task is to make complaints to foreigners.

“As a political party of the independent country, BNP has revealed its political bankruptcy by seeking the support of foreign forces to go to power,” he said.

Quader said those who cannot accept the country by heart and soul, are patronising the anti-liberation forces.

“BNP is now hatching a conspiracy to create unrest in the country to fish in muddled water,” he added.

“These evil efforts will have boomerang effects for BNP as the people are very conscious now. The people don’t respond to BNP’s negative politics. That is why BNP wants to take revenge on the people,” the Awami League leader said.