Over 150 retired armed forces officers to work for AL 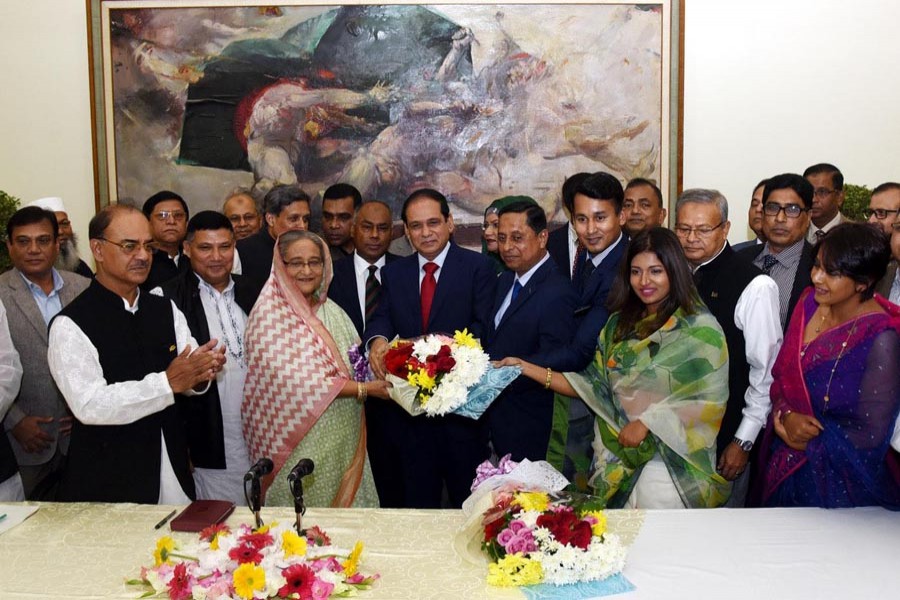 More than 150 former officers of the armed forces expressed solidarity with the Awami League and pledged to work for the party’s victory in the upcoming national election.

The retired officers of Army, Navy and Air Force expressed their solidarity with the Awami League (AL) in presence of Prime Minister and AL President Sheikh Hasina at a function in Dhaka on Tuesday.

Of them, 109 were Army officers, 19 Navy officers and 18 are Air Force officers.