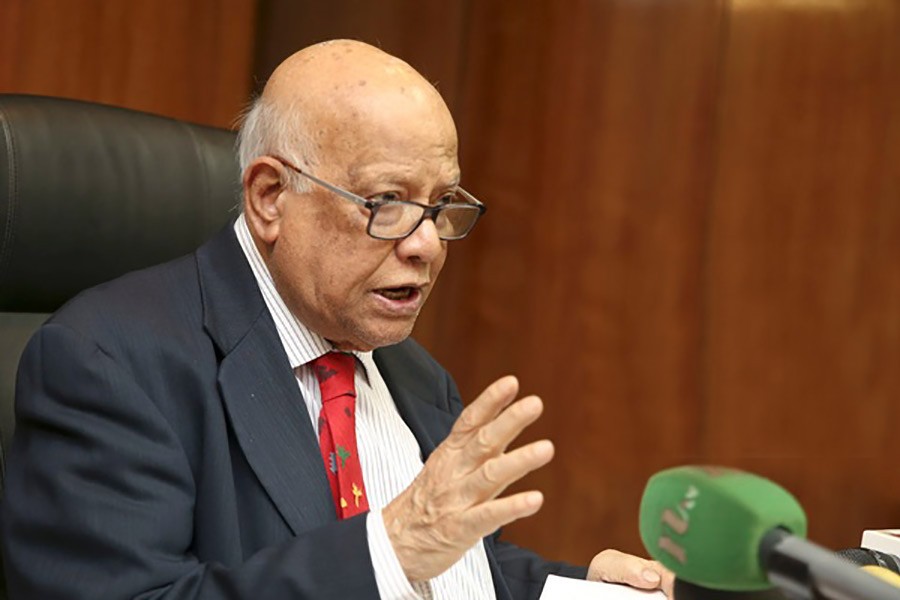 Taking a swipe at Jatiya Oikya Prokriya, Finance Minister Abul Maal Abdul Muhith has said its outcome is zero and nothing can be expected out of it.

The minister made the remarks while talking to reporters after a seminar held at Bangladesh Female Academy auditorium Derai upazila in Sunamganj on Sunday, reports UNB.

Asked whether the government has taken any step to ensure BNP's participation in the upcoming general election, he replied in the negative.

"Once BNP was a big party but now I'm doubtful whether it is (big party)," Muhith said.

Talking about the polls-time government, Muhith said those who have representation in the Jatiya Sangsad will be part of the interim government, no one else.

He also said the procedure which was followed during the polls in 2014 will be followed this time, too.

"This country witnessed a free and fair election previously and the next one will be held fairly in due time," Muhith added.

The seminar was held with trustee member of Bangladesh Female Academy and MP of Sylhet-3 Mahmud Us Samad Chowdhury in the chair.