One year on - UNFPA's response to Rohingya crisis 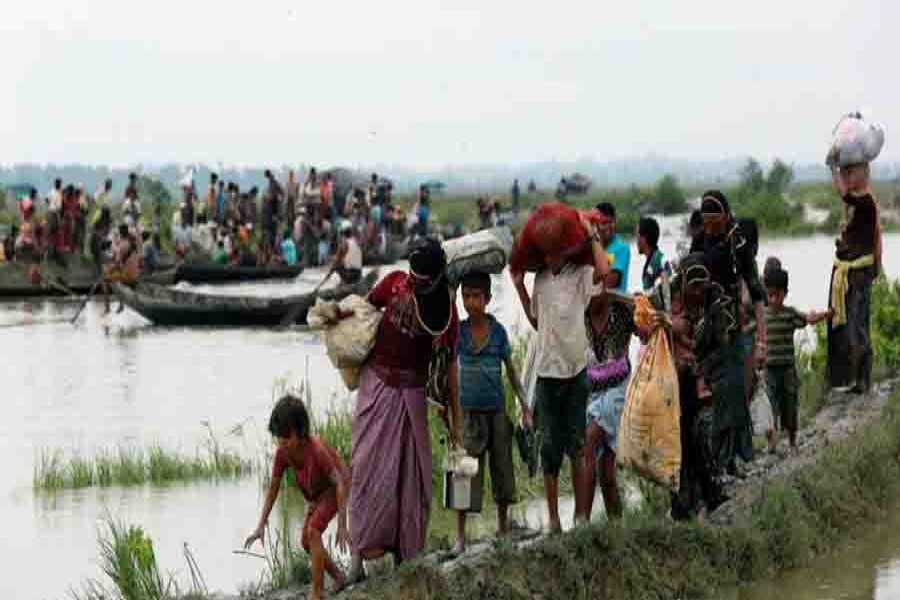 Saturday the 25th of August marks a year since the Rohingya people of Rakhine State in Myanmar began fleeing across the border into Bangladesh, creating the world’s fastest-growing refugee crisis – adding to the numbers already present in Cox’s Bazar from previous years. Thousands of these refugees were women who were pregnant. Thousands were women and girls at risk of violence.

UNFPA immediately scaled up its capacity to respond.

At the beginning of the crisis we immediately purchased and distributed UNFPA’s trademark Dignity Kits, with simple yet crucial items like clean underwear, soap and sanitary napkins.

For women moving their entire families across the border, the last thing they needed was to feel shame just for being women.

Women Friendly Spaces are always a top priority for UNFPA in any disaster or conflict. The Rohingya camps were erected in what used to be forest, and the buildings had to be constructed from scratch.

We built these safe spaces – which Rohingya refugees call “shanti khana” or “homes of peace” --to give all women a place to talk to one of our caseworkers, talk with other women, or just have some quiet time on their own. Our 20th Women Friendly Space in Cox’s Bazar District is almost complete, and hundreds of women use the spaces every single day.

We brought in mental health and psychosocial support experts and gender experts when it was most crucial – both immediately after the crisis as well as later when post-traumatic stress flares up. These experts have now trained hundreds of caseworkers from Bangladesh, and within the Rohingya community itself, in mental health and psychosocial support services. Our local caseworkers have achieved the highest level of qualification possible without a formal tertiary degree. Our experts are always on hand to help with complicated cases.

The system that was put in place early means that thousands of women have already begun to recover from trauma, and can look to the future and face its challenges better.

Of the 700,000 people who have arrived in Bangladesh since last August, almost 30,000 have been pregnant women. An entire generation has already been born in the world’s largest refugee camp.

We’ve hired and deployed almost 100 trained midwives to make sure both mothers and babies would not just survive, but thrive. To date, almost 4,000 babies have been born in UNFPA-supported clean, safe, private facilities. Our midwives are our frontline workers, but they are supported by doctors, obstetricians and gynaecologists who perform emergency caesarians and advise on complicated cases. We’ve brought in pharmacists as well, to manage the huge volume of medicines that are needed.

We’ve recruited 130 community health workers - many of them traditional midwives - to go into their communities, identify pregnant women and counsel them and their families on the benefits of giving birth with a qualified midwife. These volunteers are already respected leaders in their communities, and are responsible for saving so many lives by getting women to the clinics. Our volunteer programme, where volunteers receive an allowance for their work, will double over the coming months. There are still thousands of women giving birth at home, which exposes them and their babies to extra risk - we want to reach all of them.

We provide all pregnant women with a Clean Delivery Kit, so that if they are unable to get to a clinic or otherwise decide to give birth at home, they will have clean sheets, towels and even a sterilized blade to cut the umbilical cord. When new babies arrive, mothers are given a Mama Kit, which includes cotton baby clothes, a blanket, nappies and hygiene products for the mother. We want the arrival of a new baby to be a celebration, and not a financial burden.

Our community volunteers, health workers, and psychosocial experts work with men as well to overcome long-held patriarchal attitudes that prevent their wives and daughters from exercising their rights.

UNFPA is a rights-based agency, and informed choice is at the centre of all that we do. We offer a full range of contraception options to women in the camps as well as in the host community, including for new mothers. Each month more and more women are choosing to take contraceptive measures, and more and more men are supporting them in their choice.

Recently, we broadened the scope of what we do by introducing our youth programmes, which have been highly successful across Bangladesh already, into the camps and surrounding communities. Adolescent girls and boys have been offered training in sexual health and life skills, and specific sessions have been held for young people to learn about sexual harassment, which is something young girls in camps endure far too much.

The scale of our response has been unprecedented - we are a relatively small agency but with a very clear mandate and focus. We’ve taken on leadership roles in Sexual and Reproductive Health and Gender-Based Violence within the UN. Our determined response was only possible because donor governments and other supporters put trust in us. We recognise that reproductive health and gender-based violence programmes are sensitive, and the results are sometimes less immediate or tangible than other programmes that our funders could have chosen to support, especially in the initial phase. We would like to sincerely thank all our donors and supporters for putting women and girls at the forefront of this response.

Ultimately, this is a protracted crisis – it will require a consistent, long-term response in partnership with other agencies, the Government of Bangladesh and donors. The Rohingya refugee crisis is of such a magnitude, the suffering so immense and intense, that it requires our shared humanity to ensure we can reach out to fellow human beings and alleviate at least some of this suffering in the spirit of the 2030 Sustainable Development Agenda whose overarching pledge is to leave no one behind.