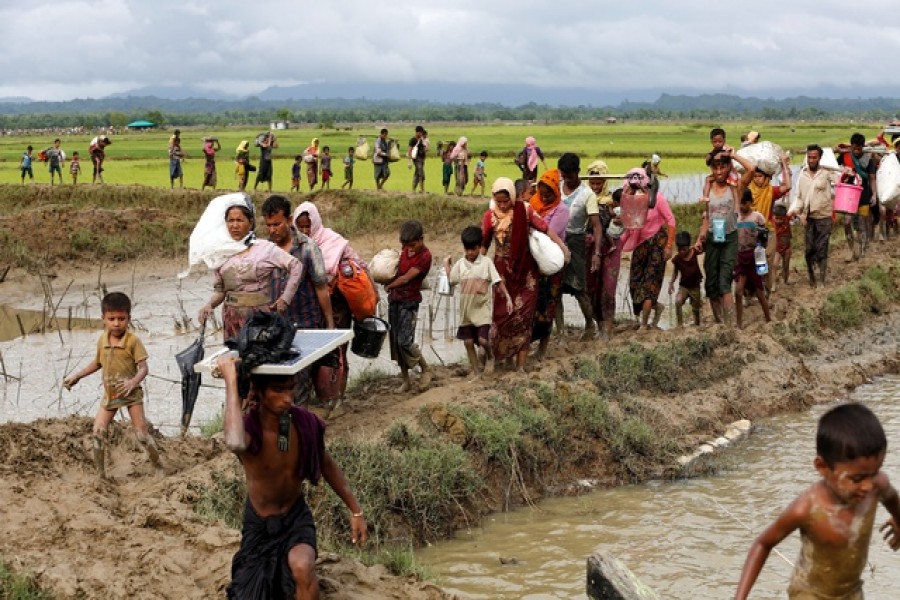 Bangladesh forces have retrieved 50 bodies in four days from the Naf River separating the country with Myanmar as tens of thousands of Rohingya Muslims attempt to flee violence, reports bdnews24.com. The latest was a woman found dead on the shore on Saturday, said police in the bordering region of Teknaf in Cox’s Bazar. Locals reported to police after they found a body floating on the river around 8:00 am. “The body has started to decompose. The woman, believed to be around 25 years old, was wearing Burmese attire,” Teknaf police chief Md Mainuddin Khan told the news agency. Bodies have been washing up on Bangladesh shores since Wednesday, when authorities recovered four bodies from the river. Another 45 bodies were recovered in the next two days. Almost 400 people have died in fighting that has rocked the country’s northwest for a week, according to latest official figures. The clashes and ensuing army crackdown have killed about 370 Rohingya insurgents, 13 security forces, two government officials and 14 civilians, the Myanmar military said on Thursday.