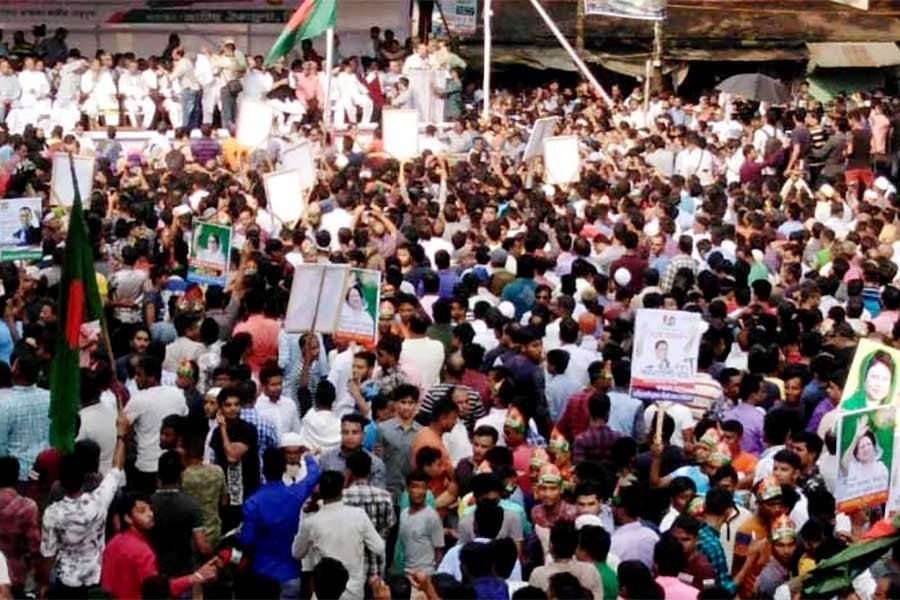 The maiden rally of Jatiya Oikyafront began in Sylhet with an aim to mobilise public support in favour of the alliance's seven-point demand, including holding the next polls under a non-party administration.

The rally activities started around 2pm on Wednesday at the Registry Field in Sylhet with recitation from the holy Quran and holy Gita, reports UNB.

It is the first political programme of the new alliance of four parties--BNP, Gano Forum, Jatiya Samajtantrik Dal (JSD-Rob) and Nagorik Oaky-- since its formation on October 13.

Before the start of the rally, the senior leaders of the Oikyafront visited the Shrines of Hazrat Shahjalal (R), Shah Paran (R) and the grave of General MAG Osmani, and offered fateha there on Tuesday night and Wednesday morning.

Huge law enforcers have been deployed in the city and around the rally venue to maintain law and order.

The Oikyafront's seven-point demand includes installation of a neutral interim government, dissolution of parliament, reconstitution the Election Commission, release of all political prisoners, deployment of army and cancellation of the move to use Electronic Voting Machines (EVMS) for holding the next polls in fair and acceptable manner.

After the Sylhet Rally, Oikyafront is scheduled to hold another such programme at Laldighi Maidan in Chattogram city on October 27. However, they alliance did not yet get permission for the rally.