Oikyafront team at Ganabhaban for talks with Hasina 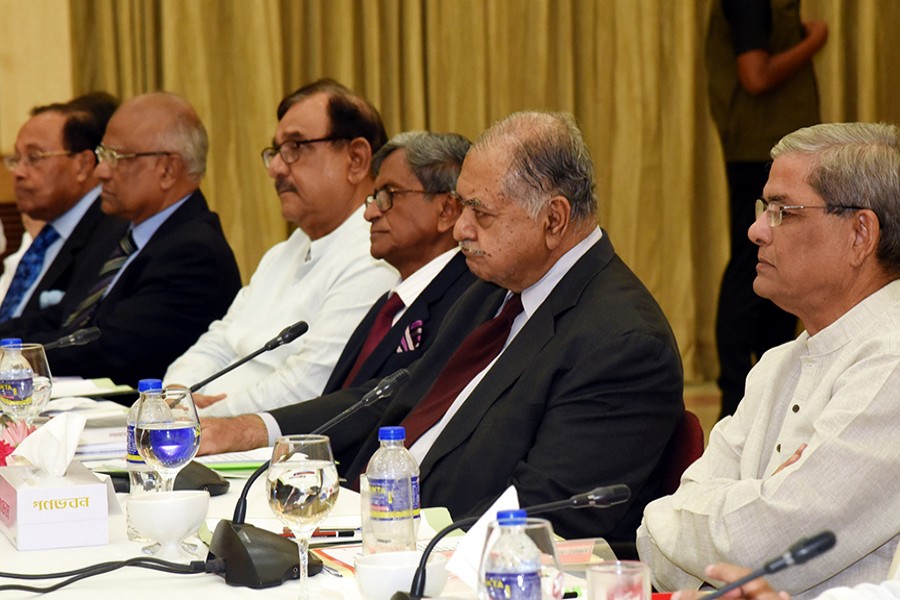 Earlier on Thursday last, the Jatiya Oikyafront leaders had marathon discussions with the Awami League-led 14-party alliance at Ganobhaban over the next general election — BSS/File

A group of Jatiya Oikyafront leaders arrived at the Ganabhaban for a second round of dialogue with Prime Minister Sheikh Hasina on Wednesday.

The 11-member delegation led by Kamal Hossain will sit with Hasina at 11:00am on Wednesday.

BNP leaders Mirza Fakhrul Islam Alamgir, Khandakar Mosharraf Hossain, and Moudud Ahmed will pay homage to the grave of President Ziaur Rahman before joining the talks at the Ganabhaban.

ASM Abdur Rab, Abdul Malek Ratan, Mahmudur Rahman Manna, and SM Akram are among the representatives of the Jatiya Oikya Front for the second round of talks.