Oikyafront gets permission for Sylhet rally 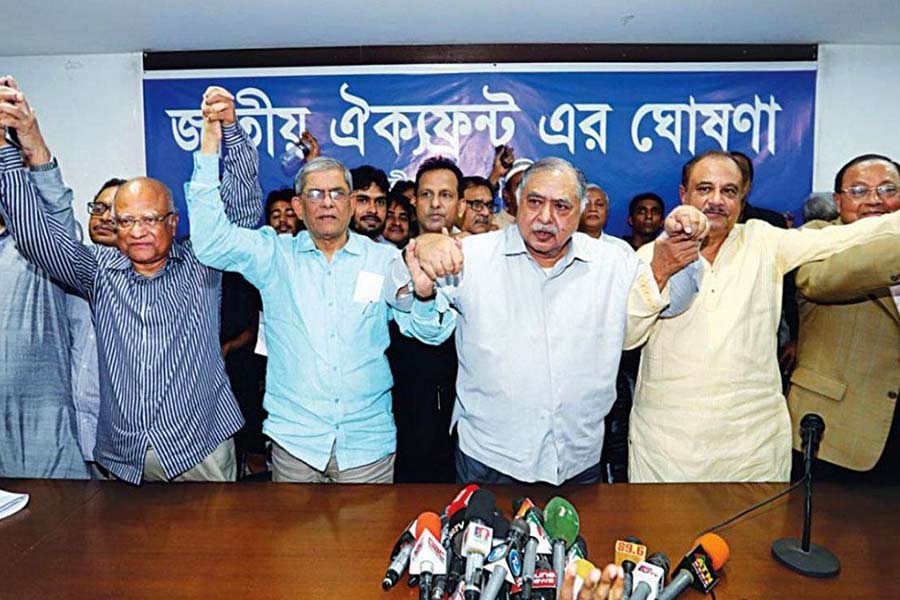 Jatiya Oikyafront has got permission to hold its public rally at Registry Field in Sylhet on October 24.

Sylhet district unit BNP general secretary Ali Ahmad said they got permission, and they are now taking preparations for the rally.

He said Oikyafront leaders will offer fateha at the shrines of Hazrat Shahjalal (R) and Shah Paran (R) and at the grave of General MAG Osmani, the commander-in-chief of the Armed Forces during the War of Liberation, in Sylhet on October 24, and then hold the rally.

Earlier in the day, Awami League general secretary Obaidul Quader at a programme in the capital said, police gave Oikyafront permission, but its leaders are unnecessarily staging a drama over it as they did not get official letter in this regard.

He also said the Prime Minister instructed them so that everyone can hold rallies without ant restriction.

On Friday, Jatiya Oikyafront leaders at a meeting in the capital deferred its maiden public rally in Sylhet to October 24 as it was denied permission to hold the programme on October 23.